Karen Etta Freeland Winfrey was born in Laconia, Tennessee on the 14th of July, 1925. She was the second child and first daughter of James Dinwiddie Freeland and his wife Betty Greene Morris Freeland, more widely known as Elizabeth Freeland. As a middle child, Karen had two siblings: an older brother, James Walter Freeland, and a younger sister, Anne Frances Freeland. Her family suffered a great tragedy when her father, James died in 1932 from an appendicitis surgery; Karen was seven years old. With her mother Elizabeth working, Karen took over many of the maternal chores. In fact, she was called “Little Mama.” This mothering charge did not change when the Freelands moved to Somerville from Laconia, secured the domestic help of Millie, and had her maternal grandmother Mary Etta Parker Morris, move in as well. This grandmother was Karen’s favorite adult; Mrs. Morris was given the familial nickname of “Po Mama.” 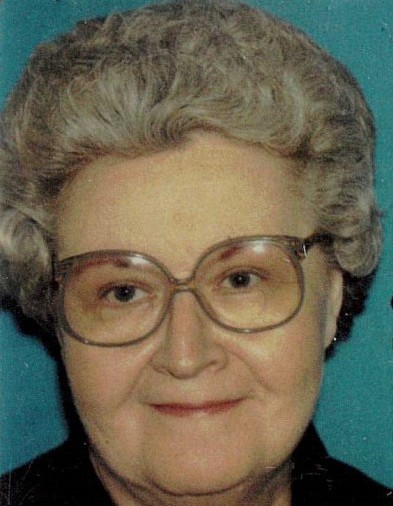 Karen fondly recalled adventures as a child such as riding a white mule named Scrimshaw with sister Anne and listening to stories from Uncle Alf. She relished the memory of driving on Saturdays with her mother, brother and sister to Somerville to enjoy a nickel ice cream cone at Rhea Drug Store. First, they had to make the muddy road there, often citing the line, “If we can make it up Pontotoc Hill, we can get to Somerville.” She vividly recalled arrival at the drug store and ordering ice cream. She quickly inhaled her cone only to discover time and again that her sister slowly licked her own cone: this tormented Karen even more when Anne’s slow, slurping gave way to crunching. Throughout her adulthood, you could always bet there was plenty of ice cream in the freezer as well as homemade ice cream in the summer. She always admired her brother James Walter, aka Bubba; he reciprocated the appreciation and nicknamed her “Mattie.” When the brother left law school for service in World War II, she faithfully wrote him every day while he was stationed in England.

Karen had a lifelong passion for music. While growing up, Karen attended Fayette County High where she was a band member and played the clarinet. But her favorite instrument was piano. She was an accomplished pianist and played on Sundays for the Presbyterian Church in Somerville. This was a change from Union, now Mount Carmel Cumberland Presbyterian Church that she had attended in her youth. She loved the hymns she learned as a child, even in their 90’s, she and her sister and niece Mary Kay sang those hymns of yore: When the Roll Is Called Up Yonder; I Love to Tell the Story; There is Power in the Blood and dozens of others. Her son, Dr. Robert Winfrey said that throughout his youth and early adulthood, his Mother, Father, sisters and friends would gather after Sunday supper around the piano and sing these same hymns that his mother selected and played. Neighbors who did not join in would bring out folding chairs and listen to the joyous noise. Friends were amazed with her agility in tinkling the ivories to some Fats Waller songs. Musical love extended also to dancing, especially during her courtship with her later husband Robert Winfrey. Her son remembered that he often would walk into the kitchen where his parents were dancing even in the 50’s and 60’s. Ever the lover of music, she put all of her children in piano classes, drove her son and his friends to guitar and drum lessons in Memphis ever Saturday for a year, and endured listening to her son’s rock bands practicing in the music room above her bedroom. Such graciousness!

We come now to a major component of Karen’s life: her cooking. She was a marvelous cook but even that praise does not fully capture that component of her life. She cooked for everyone. It was not unusual for her husband to bring home several people for lunch with no prior warning for his wife. She would trudge in for a quick lunch away from her obligations as Manager of the Somerville Light, Gas & Water Office only to find that her feeding obligations to her family of the five had now expended to include an additional group of friends or recent acquaintances. She always took it in stride without complaints. Somehow they managed to find room for everyone in the kitchen booth designed to accommodate five children and adults. Beyond her wizardry with Southern cooking that friends still praised 50 years later, she was a widely recognized master of Southern cooking that friends still praised 50 years later, she was a widely recognized master of candy making. Everyone who knew Karen knew to be on best of terms with her at Christmas. Her children faced the daunting task of stepping over, around, and through dozens and dozens of trays filled with chocolate fudge, sausage candy, divinity, caramels, etc. that stretched throughout the dining room, living room, and side porch. These she dispensed generously to family and friends throughout the county. And in her cooking, which she always did alone, there was somewhat of a competitive streak for cooking accolades with her favorite niece, Sallie Boswell – always, always in that friendly, familial picking rivalry that is famous in Southern families. Karen’s competitiveness extended to her friend Mary Kate Stroup. They seemed to be in a contest as to who would be first to get her homemade cake to the family of the recently deceased. According to her son, Karen cried foul when she found that Mary Kate kept a homemade cake frozen at all times while she, Karen, always made her scratch cakes fresh.

Karen shared her talents with her family, her church, and her friends in ways far beyond just cooking and music. She was always selfless: a giver, never a taker. She was a loving, faithful wife, a kind, loving mother. Yet this was packaged in a sometimes impish nature that not many knew. Her son recalled that once when he was in his 50’s, his mother chastised him to slow down driving back to Memphis at night. He remembered his mother as a great driver, but a bit heavy footed – then recalled a bit of pertinent information he had acquired. So he respectively responded by asking her who held the record for the best drive time between Moscow and Somerville. There was a pregnant pause, then karen quipped, “I’ll say no more.”

After graduation from Fayette County High School, she attended the University of Tennessee for a year before her mother would allow her to transfer to Ole Miss. There she pledged the Gamma Delta chapter of Zeta Tau Alpha and recently was made a member of The Order of the Shield. She was trained to teach as were other family members: her mother, her aunt Mary Maury Morris, her son, her grandson Rob Winfrey III, and various nieces like Mary Alien Flaniken and Leah Andres and mary cousins. However, she changed tracks to manage the Somerville Light, Gas & Water Office for 33 years. She retired to better care for her husband, Robert.

In her personal life, she married Robert Hill Winfrey, Sr. in 1946 in St. George’s Episcopal Church in Germantown. They had three children: Betty, Bob Jr., and Mary. Her husband, a cattleman, died in 1993; her daughter Betty died in 2011. She leaves behind five grandchildren, and many great-grandchildren and great-great-grandchildren.

She was buried at Union Cemetery on September 7th beside her husband Robert. The family requests that any donations be made to National Breast Cancer Association and the Union Cemetery Fund.