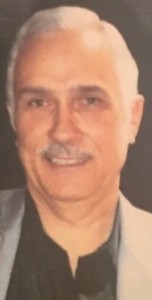 Sonny was born December 3, 1935 in Corsicana, Texas, the son of the late Hylas Cade and Marguerite Gilreath Cade, who were both teachers. He graduated high school as the class valedictorian and from college at Texas A&M with a Business major. He served his country for six years in the United States Air Force as a KC-97 tanker pilot with the Strategic Air Command. He was a pilot for the Texas Air National Guard and Braniff Airlines and later was a flight training manager for FedEx. He retired from FedEx in 2005 as a managing director for the flight simulators.

Sonny was very active at First Baptist Church Fisherville and was a member of their men’s group. He was a former resident of Arlington, Texas before moving to the Memphis area for his job with FedEx. He enjoyed golfing and model airplanes.