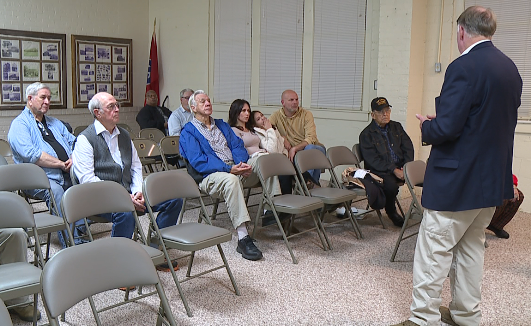 “There’s always been a good guest here at Ruritan, as some of the county officials have been,” said James Mayo, Treasurer for the Pinson Ruritan Club.

Madison County Sheriff John Mehr met with members of the community for the 59th time since being elected at the club.

Mayo explained why these meetings are so important.

“Building relationships more than anything else. I know the last time he was here, not so long after he was elected in 2014,” Mayo said.

Mehr says transparency with the community is key.

“I think it’s good to reach out to the people and let them know that no questions are off limit. That way if they got a question, we’re willing to answer it. To me that’s important to let them know exactly what is going on,” Mehr said.

He gave attendees an update on the construction on the Madison County Jail. 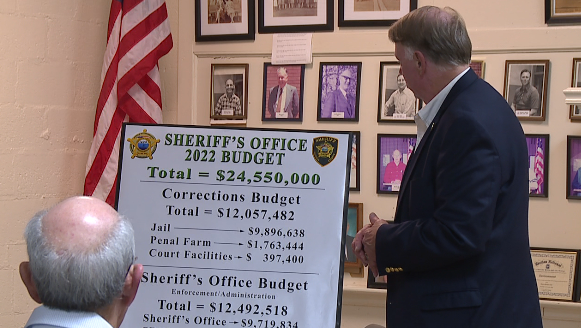 “We should be through the third week in December, as far as the construction. There will be final touches after that, and it’ll take about up in January to kind of do the last checked, and then we’re in the process of actually starting to do some training,” Mehr said.

He also spoke about who would train deputies.

“National Institute of Corrections has agreed to come in and to work with us. We’ve already been working with them over this project, but they’re going to come in and train because this is a new type of program all together for our employees,” Mehr said.

He also says the cost of the training will be covered by the National Institute of Corrections.

“It cost the county nothing,” Mehr said. “That’s the important thing about the program, is the funding is paid by the federal government or somebody else, so we don’t have to pay for it.”

Mehr says the next community meeting should be after the first of the year, as the holidays are approaching.