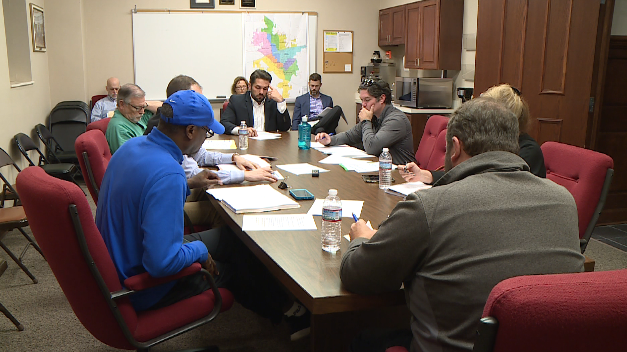 “We want to look at what zoning we can do now to better enhance our city, create opportunities or move barriers for people,” said Jackson Mayor Scott Conger. “As we plan moving to a Jackson 2.0 master plan to look at the growth that’s going to come over the next five to 10 years.”

In the past year, city leaders voted to approve spending $2 million for new patrol cars for the Jackson Police Department.

The mayor says these additional vehicles won’t cost the taxpayers any money because it will come directly from the metro narcotics fund.

“From their seizures, from their fines, forfeitures, they receive dollars that go into that fund. We also have a Jackson Police Department drug fund. Same thing funded the same way. When they need replacement vehicles, it’s very restrictive what it can be used for,” Conger said.

Also, leaders are looking at hiring a recycling coordinator at a cost of almost $66,000 annually.

“This is the salary, benefits, retirement, everything that goes along with it. The salary itself tops off at 43,000, but if you look at health insurance, you look at the retirement that we pay, all the benefits that go along with it,” Conger said.

Plus, city leaders are considering hiring a group to conduct a classification and compensation study of the city.

“We have to make sure that we remain competitive, that we are operating as efficiently as possible,” Conger said. “So they are looking at not only at the compensation piece, but they’re also looking at the workforce piece.”

The next city council meeting will be next Tuesday, Dec. 7 at 9 a.m. inside the City Hall.