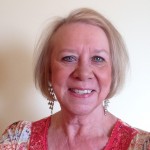 It is with sadness and love that we announce the passing of Mary Ann Waddell, beloved mother, sister, grandmother, aunt, and friend, age 72, of Somerville, TN, on December 6, 2021.

Mary Ann was born January 13, 1949, and raised in Bruceton, Tennessee. Following high school, she graduated from University of Tennessee-Martin. Mary Ann began her social work career with the state of Tennessee and retired as the Director of Child Protective Services for Shelby County in 2010. She was dedicated to the welfare of children and remained passionate about her work throughout more than 30 years of service.

Mary Ann met James Waddell in Memphis and they married in 1972. Their daughter Kisa was born January 14, 1975, and their son Gebre was born November 28, 1981. Mary Ann was a proud mother. She raised her children to pursue anything they put their mind to.

Mary Ann was vibrant, full of life and humor. She was a rebel in a good way and ahead of her time. Mary Ann never met a stranger, and you always knew what she thought. She was ever open to the joy and wonder of life and new adventures. She liked to have a good time, and enjoyed dancing, music, and art. She could grow anything in her garden and made beautiful jewelry.  Mary Ann had a special place in her heart for animals and many dogs had their best life under her care.

Mary Ann will be missed. She is remembered by her daughter, Kisa Seymore of Rome, GA, son, Gebre Waddell of Memphis, TN, brother, Tim Pierce of Nashville, TN, grandchildren, Macai Seymore, Yana Seymore, Dianna Waddell, and Ella Waddell, and many nieces and nephews, and friends and former coworkers. She is joining her parents, Donald and Nelva Pierce of Bruceton, Tennessee.

Because of Mary Ann’s love for animals, the family wishes for contributions to the Fayette County Animal Shelter, P.O. Box 44, Rossville, TN 38066, in lieu of flowers.