In celebration of the Bicentennial, officials with the City of Jackson are still looking for a new flag design. The contest is open to all ages and artistic abilities. 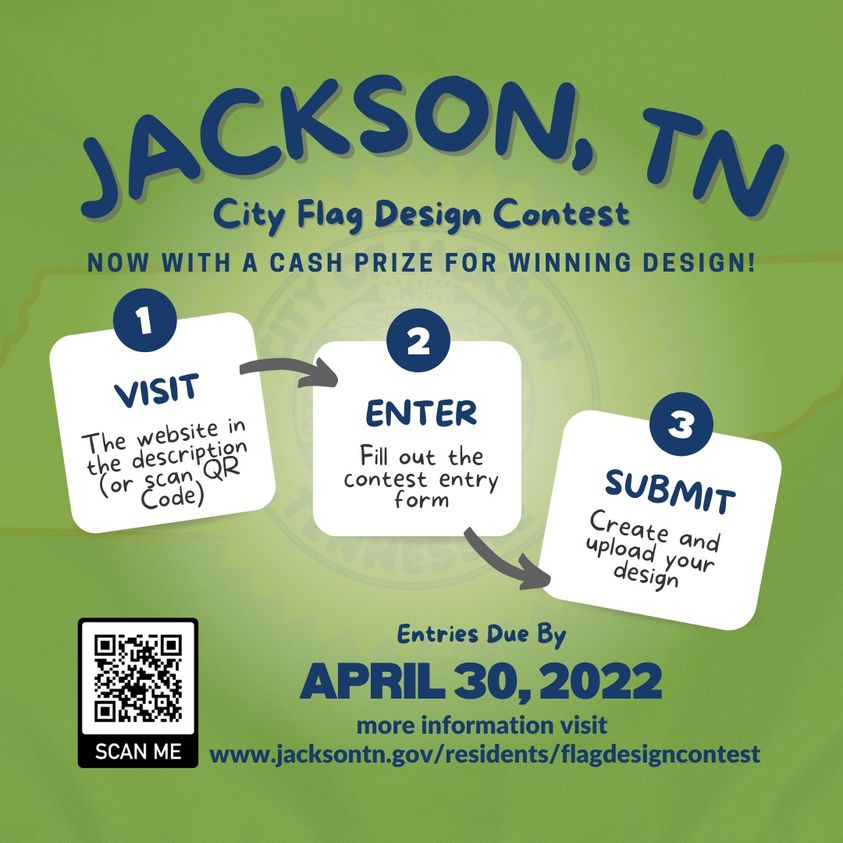 The design contest is aimed at finding “a fresh and unifying design for a new city flag.”

Submissions are still being accepted for the contest, and anyone interested can submit their flag design idea. A cash prize will also be rewarded to the winner.

The contest began on February 1 and will continue until midnight on April 30, 2022. However, no late submissions will be accepted.

The public will be asked to vote for the top three designs in May. The Jackson City Council along with the Jackson Public Art Commission will evaluate the public’s comments on each design and make a final winning selection.

The winner will be notified on July 1 and will be invited to unveil the design at the Bicentennial event to be held on August 12 at The Carl Perkins Civic Center.