JACKSON, Tenn. — There was an update on a double homicide that occurred on April 29.

On Tuesday, U.S. Marshals confirmed that an arrest had been made in the shooting that took place in broad daylight, and left two people dead.

The person arrested was 19-year-old Jadan Jermaine Bills, 19, according to Marshals. 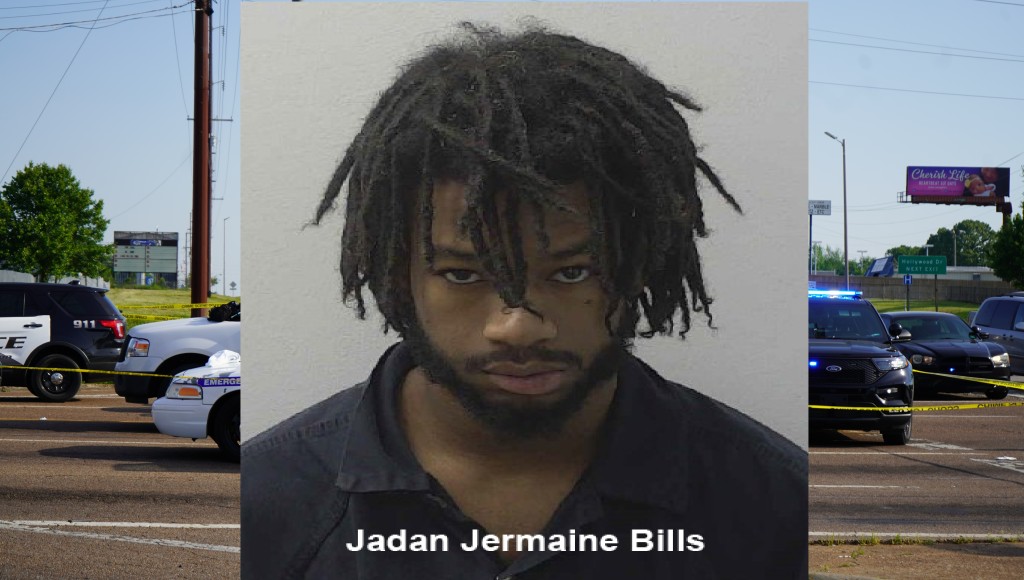 The Two Rivers Violent Task Force based in Jackson tracked Bills to a motel on Highway 365 in Little Rock, Arkansas.

Around 4:30 p.m. on Tuesday, Marshals in Little Rock took Bills into custody.

Bills allegedly shot into a vehicle with five people inside at the corner of North Parkway and the Highway 45 Bypass.

There were several vehicles at the intersection at the time of the shooting, as it was a busy Friday afternoon.

The shooting left two of the five people dead, a 16-year-old and an 18-year-old adult. Two others were also injured.

Jackson Police Chief Thom Corley says that Bills and the victims knew each other.

“The two vehicles that were involved were at the same location prior to this at a residential neighborhood nearby. They were known to each other,” he said.

Corley says authorities knew who they were looking for soon after the shooting.

“Sometimes we have to keep that information a little bit closer because it would just drive that person to flee further away. That was a strategic call that we needed to do to actually facilitate a quicker apprehension,” Corley said.

Corley says everyone involved was under the age of 20, and says this should not have happened.

“This was senseless, this did not need to happen. It should not be happening, and we are wanting to address it. We will continue to do what we need to do from a law enforcement perspective,” Corley said.

Investigators say the two other victims in the car have been released from the hospital.

Corley says Bills has not had a court date set, and they are currently trying to get him back to Tennessee. He is currently being held in the Pulaski County Jail.

According to Jackson-Madison County School System officials, the victims were enrolled in the district.

The family of one victim received a diploma in their honor last night at the North Side High School graduation.

Stay with WBBJ 7 Eyewitness News on-air and online as we bring you more updates.