“Movies in the Park” announced

According to information from the Jackson TN Parks Facebook page, three films will be shown in the coming months. The “Movies in the Park” series will take place at Liberty Garden located at 24 Channing Way in Jackson. 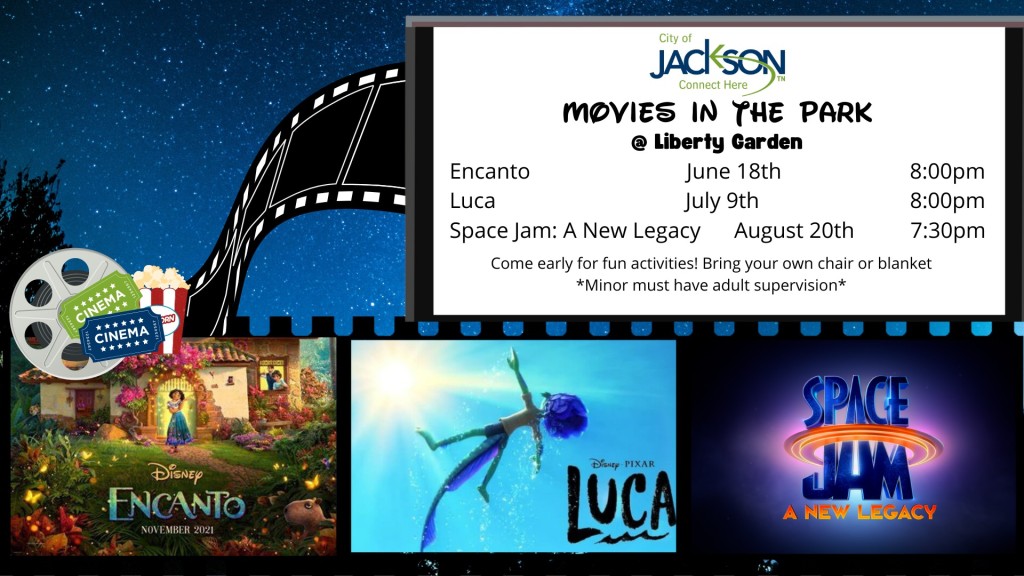 The films are free to attend, and guests should bring their own chairs or blankets.

Those who arrive early can enjoy fun activities. Minors in attendance to the events, require adult supervision.