Haywood County Sheriff’s Department is currently searching for a suspect possibly involved in the theft of a District 3 Fire Station vehicle located at 3661 Eurekaton Road in Hillville, TN.

After speaking with Patrol Sergeant, Kevin Kelley of Haywood County Sheriff’s office, we were informed that one suspect, Jason Phillips, white male, age 42, has been taken into custody, but one suspect is still at large.

The sheriff’s office is currently looking for Colton Elrod, white male, 20-years-old in relation to the case. Elrod is now wanted for Burglary (of the Fire Station) and Theft of Property valued between $10,000 and $60,000. 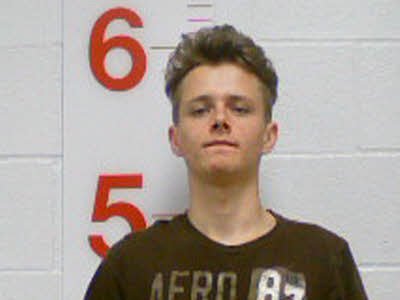 The stolen vehicle is a white, Ford F250 Crew-cab, (TN Tags 3125-GA) with a water tank in the bed. It was taken from the District 3 Fire Station in Hillville around June 29. The vehicle was used as a brush truck and to haul water to fires. It also contained fire fighting equipment and an emergency services radio.

Madison County Sheriff’s Office assisted in recovering some of the equipment from the stolen truck, but the truck has not yet been recovered.