According to nationaldaycalendar.com, the month of July is a time to eat America’s favorite frozen treat..ice cream!  And July 17 is this year’s National Ice Cream Day! 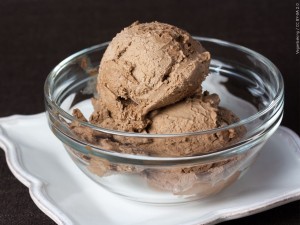 The day is celebrated on the third Sunday in July every year and has been around since Ronald Regan proclaimed July as National Ice Cream month back in 1984.

The frozen favorite didn’t make its way to the United States until around 1744 and was typically only enjoyed by those who had enough means to afford the treat. It was a favorite of several presidents including George Washington.

It wasn’t until 1843 that a hand-cranked version was created by Nancy Johnson.

This of course was followed by the invention of mechanical refrigeration which later led to the first ice cream factory.

According to nationaldaycalendar.com, the most popular flavor of ice cream, oddly enough is vanilla and the state that produces the most ice cream is California.

So, take an opportunity this month to enjoy a cone, bowl, or even a cake made of your favorite ice cream!