JACKSON, Tenn. — The Mega Millions jackpot has reached more than $660 million. After no one had the winning numbers on July 19, more people are a little more eager to play. 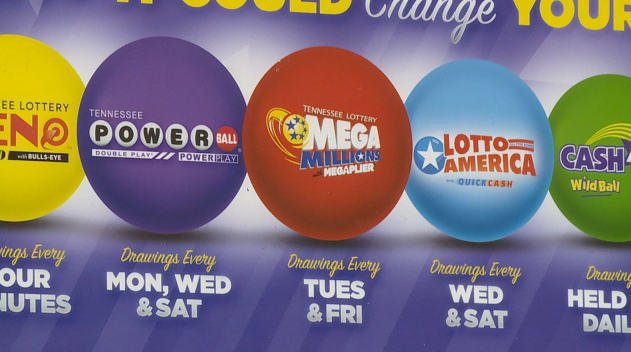 “Rarely, rarely. Not even when the jackpot is that high,” said Lorna Chambers, a lottery player.

“I have a little, but I never really won anything so. Just a couple of scratch offs,” said Ashley, a lottery player

It only costs $2 to $3 to play. So for some, spending a couple of extra bucks is worth hopefully getting millions in return.

“Me and my boyfriend, we would probably get a castle in Prague or somewhere crazy like that,” Ashley said.

There hasn’t been a jackpot winner since April. This is the third largest award in the Mega Millions history. And out of $660 million, if you were to win you’d be walking away with around $376 million.

“I would probably fund a lot of medical research to fund an actual medication for PTSD,” Chambers said.

“First I’d get out of Tennessee. Well first I’d probably take care of my mom because she is older. So I’d just take care of her and make sure she probably has a house in Florida or something because that’s where she wants to be,” Ashley said.

Whether, you’re buying 10 houses, 30 cars, or even giving back to the community, I think most people can agree that life will be lived.

“If I win I am going to enjoy life most definitely,” Timothy Bradford, the manger of the Old Medina Market.

The numbers were called before Friday 10 p.m. newscast. If you missed it, click here to see the winning numbers.