Jordan Peele ‘s UFO thriller “Nope” topped the North American charts in its first weekend in theaters with an estimated $44 million in ticket sales, Universal Pictures said Sunday. Though it doesn’t come close to the $71 million debut of “Us,” it is still significantly impressive for an original, R-rated film — and the biggest of the pandemic for an original screenplay. 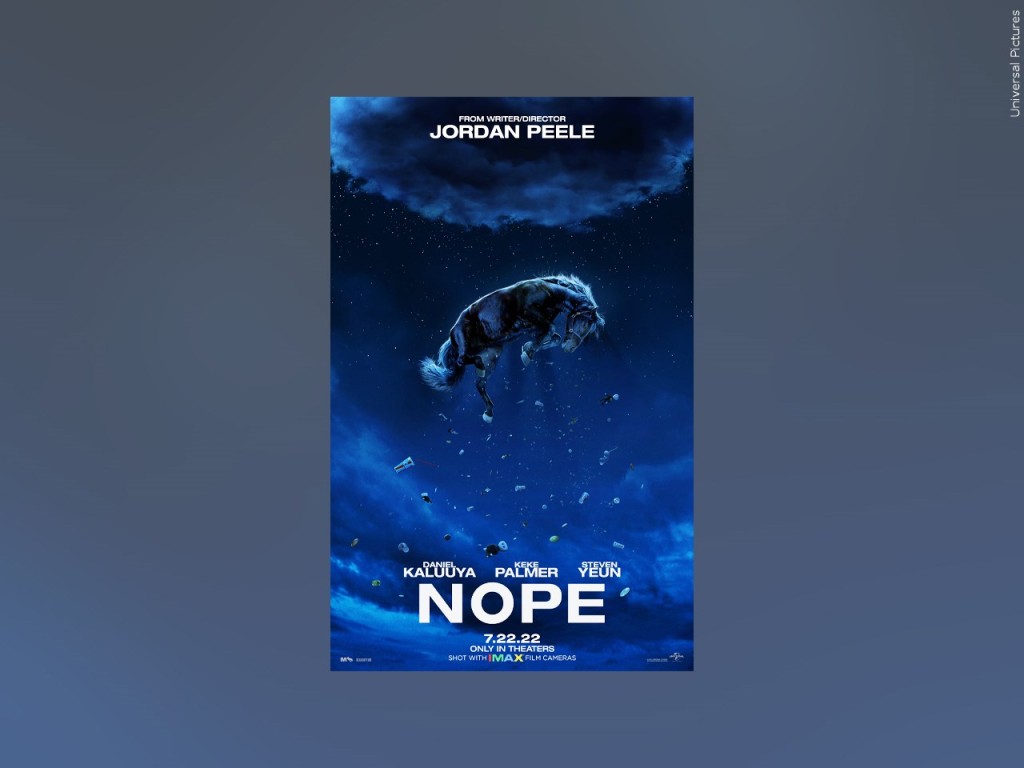 “Nope,” which opened on 3,785 theaters in the U.S. and Canada, is the most expensive film Peele has made to date with a reported $68 million production budget, not accounting for marketing and promotion costs. “Us” cost around $20 million to produce, while “Get Out” was made for only $4.5 million. Both films ultimately made over $255 million worldwide.

Critics were largely positive about ” Nope,” which stars Daniel Kaluuya, Keke Palmer and Steven Yeun and pays homage to UFO films like “Close Encounters of the Third Kind” and “Signs,” and is currently resting at 83% on Rotten Tomatoes.

The film got off to a strong start with $6.4 million from Thursday previews. By the end of Friday, it had grossed $19.3 million. Audiences, who were quite diverse according to exit polls, gave the film a B CinemaScore. Word of mouth is going to be critical in the coming weeks.
“Nope” knocked “Thor: Love and Thunder” to second place in its third weekend. The Disney and Marvel blockbuster starring Chris Hemsworth and Natalie Portman added $22.1 million, bringing its global total to $598.2 million.

Universal’s “Minions: The Rise of Gru” landed in third place with $17.7 million in its fourth weekend. The animated pic has made $640.3 million globally.
The Sony-released adaptation of the bestseller “Where the Crawdads Sing,” meanwhile, is enjoying a modest second weekend drop. The film starring Daisy Edgar-Jones added an estimated $10.3 million from 3,650 locations. It’s now grossed $38.3 million domestically.

Paramount’s “Top Gun: Maverick” rounded out the top five in its ninth weekend with an additional $10 million. Earlier this week it surpassed “The Avengers” to become ninth biggest domestic release of all time with its total now sitting at $635.6 million.

In limited release, “Marcel the Shell with Shoes On” continued its expansion and made $846,950 from 590 theaters.

For more news stories happening around the world, click here.

Betty White memorabilia up for auction