Will Smith posts an apology video for slapping Chris Rock

NEW YORK (AP) — Will Smith has again apologized to Chris Rock for slapping him during the Oscar telecast in a new video, saying that his behavior was “unacceptable” and that he had reached out to the comedian to discuss the incident but was told Rock wasn’t ready. 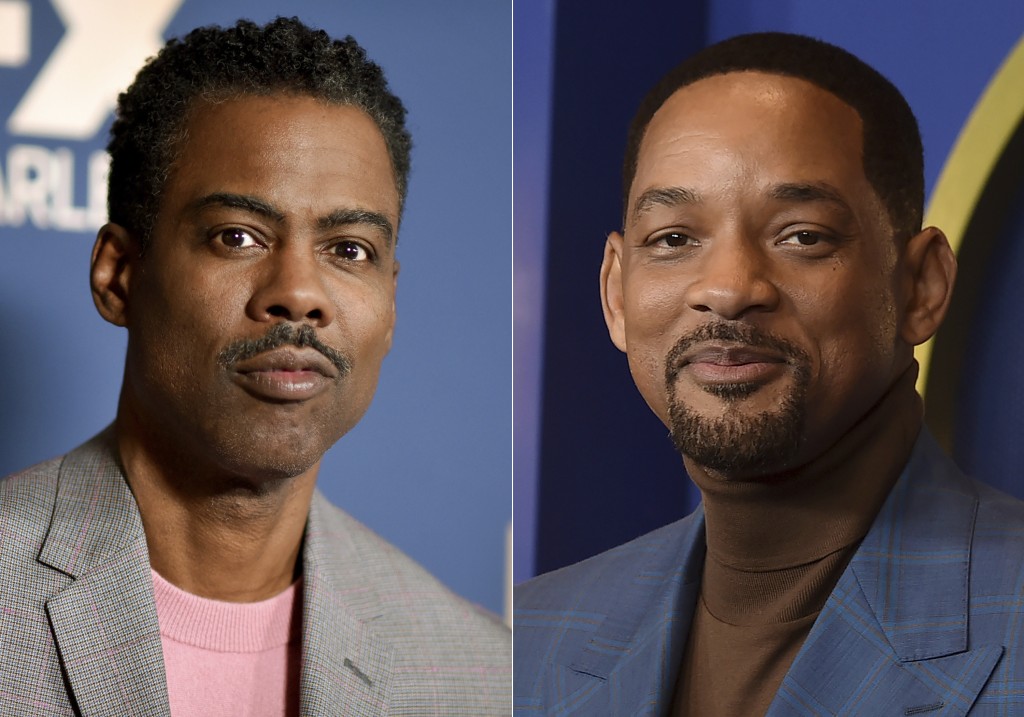 FILE – In this combo of file photos, Chris Rock, left, appears at the the FX portion of the Television Critics Association Winter press tour in Pasadena, Calif., on Jan. 9, 2020; and Will Smith appears at the 94th Academy Awards nominees luncheon in Los Angeles on March 7, 2022. Smith has again apologized to Chris Rock for slapping him during the Oscar telecast in a new video, saying that his behavior was “unacceptable” and revealing that he reached out to the comedian to discuss the incident but was told Rock wasn’t ready. (AP Photo/File)

“There is no part of me that thinks that was the right way to behave in that moment,” Smith said in the under-six minute video posted online Friday. “I am deeply remorseful and I’m trying to be remorseful without being ashamed of myself.” To Rock, he said: “I’m here whenever you’re ready to talk.”

Smith, seated in a polo shirt and white ball cap, spoke directly to a camera, answering pre-selected questions about his behavior at the March 27 Academy Awards, when he slapped presenter Rock after the comedian made a reference about the hairstyle of Jada Pinkett Smith, Smith’s wife.

“I didn’t realize how many people got hurt in that moment,” Smith said.

Neither the apology or timing impressed crisis and PR expert Eric Schiffer, who called it “bizarre, strange and grossly over-rehearsed.”

“It came across like he was doing a confessional in some closed room in a foreign country in order to escape the regime,” said Schiffer, chairman and CEO of Patriarch Equity and chairman of Reputation Management Consultants. “It’s just not the way to get out of the septic muck he put himself into because, once again, it started being about him and it’s still about him.”

In the video, Smith also apologized to his family “for the heat that I brought on all of us” and his fellow Oscar nominees to have “stolen and tarnished your moment.” He mentioned Questlove by name; it was the musician-director’s documentary win for “Summer of Soul (…Or, When the Revolution Could Not Be Televised)” that was interrupted by the slap. Rock was on stage to present the documentary award.

Smith also said his wife did nothing to encourage his slap. “Jada had nothing to do with it,” he said. “I made a choice on my own.” Pinkett Smith has said that she has alopecia areata, a hair-loss disorder.

Following the altercation, the motion picture academy banned Smith from attending the Oscars or any other academy event for 10 years. Smith apologized to Rock in a statement after the Oscars, saying he was “out of line and I was wrong.”

“I’m sorry really isn’t sufficient,” Smith said in the video, adding that he is hurting because he hasn’t lived up to fans’ impressions. “Disappointing people is my central trauma.”

Many had speculated that Smith would appear on camera to discuss the slap first on Pinkett Smith’s online series “Red Table Talk,” but he chose to do it in a social media video post without any follow-up questions or surprise queries.

“It just had the reek of a fabricated attempt to be real. And that’s not what he wanted to accomplish, nor was it persuasive,” said Schiffer. “I do wish him well and hopefully he will find the right path. That path is really about humbleness and not about ego and self.”