New this week: ‘Lord of the Rings’ prequel; ‘Honk for Jesus’

(AP) — This week’s new entertainment releases include fresh albums from Yungblud and Megadeth, a documentary that delves into the extraordinary life of explorer Sir Ranulph Fiennes, and Regina Hall and Sterling K. Brown star in “Honk for Jesus. Save Your Soul,” a satirical comedy about a Southern Baptist megachurch. The week’s biggest release will be the eight-part “The Lord of the Rings: The Rings of Power,” an Amazon Prime Video prequel to “The Lord of the Rings,” which debuts on the heels of HBO’s “House of the Dragon,” which is set two centuries before “Game of Thrones.” 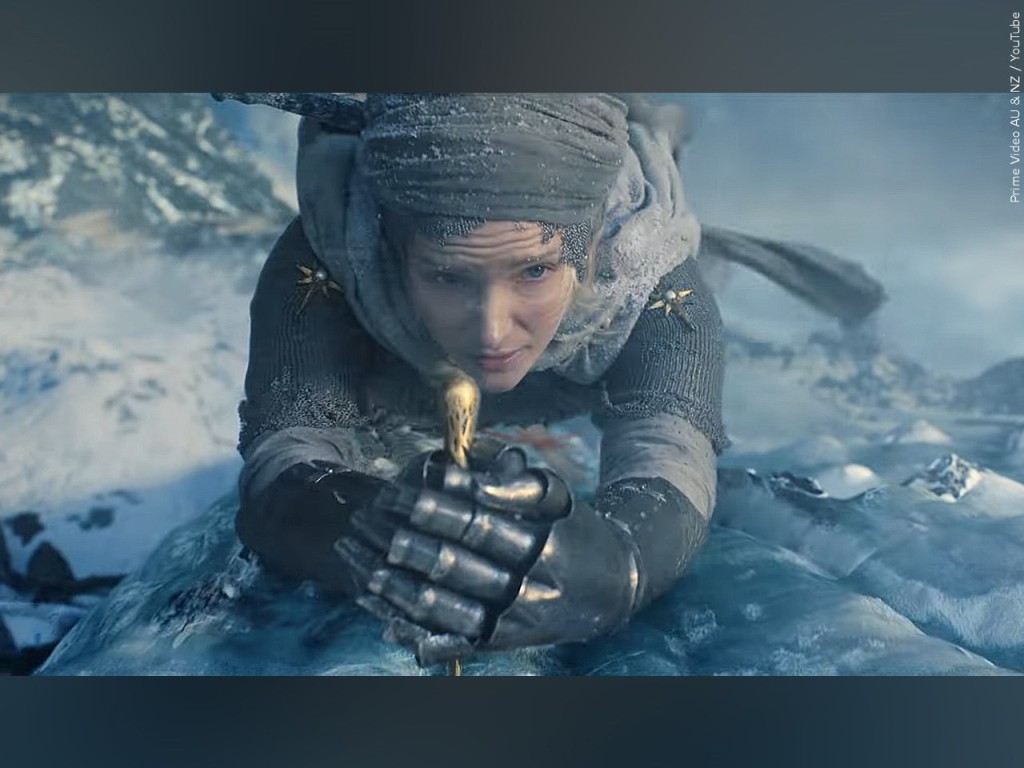 Here’s a collection curated by The Associated Press’ entertainment journalists of what’s arriving on TV, streaming services and music platforms this week.

MOVIES
— Regina Hall and Sterling K. Brown star in the satirical comedy “Honk for Jesus. Save Your Soul,” that’s playing in theaters and streaming on Peacock on Friday, Sept 2. Brown plays husband to Hall and the pastor of a Southern Baptist megachurch that needs a big comeback in the aftermath of a scandal. The directorial debut of Adamma Ebo premiered earlier this year at the Sundance Film Festival. “Jurassic World: Dominion” also makes its debut on Peacock on Friday, Sept. 2. The third and, supposedly, final installment to the “Jurassic World” series invites original “Jurassic Park” stars Laura Dern, Sam Neill and Jeff Goldblum to join the Chris Pratt/Bryce Dallas Howard crew. Though not the best movie of the bunch, there are moments, especially when DeWanda Wise is on screen.

— In 1976, Maurice Flitcroft, a shipyard crane operator, entered the British Open without ever having played golf before and shot the worst qualifying round in the tournament’s history. His story gets a quirky, uplifting spin in “The Phantom of the Open,” starring Mark Rylance as Maurice and Sally Hawkins as his wife Jean, which is available on video on demand starting Tuesday. In her AP review, Jocelyn Noveck wrote that “The closing footage of the real Maurice is utterly fascinating and hints that perhaps his story wasn’t as sweet as the one we’ve just seen. But it’s hard to deny it’s been a darned enjoyable 18 holes.”

— Also available on VOD on Tuesday is the documentary “Explorer,” which delves into the life of Sir Ranulph Fiennes, who the Guinness Book of Records called “the world’s greatest living explorer.” That might have been in 1984, but according to his website he remains the only man alive ever to have travelled around the Earth’s circumpolar surface. And at 78, he’s getting more reflective than he ever has been before in director Matthew Dyas’ film.

MUSIC
— Yungblud has new music but you likely already knew that if you’ve watched any of ESPN’s coverage of the new college football season — his single “The Emperor” is part of the official TV anthem. Yungblud said he wrote the song when he was 17 as “an outburst of unfiltered energy that I knew would have its moment one day.” He will release his self-titled third studio album on Friday, Sept. 2, which features the previously released singles “The Funeral,” “Memories” (featuring Willow) and “Don’t Feel Like Feeling Sad Today.”

— Thrash metal icons Megadeth have put more than music on tap for their next sonic step. The band releases their 16th studio album, “The Sick, The Dying… And The Dead!” on Friday, Sept. 2, and fans can watch the connected 7-minute “Night Stalkers: Chapter II,” the latest installment of a multi-part short film about troubled band mascot Vic Rattlehead. One of the tracks off the new album is “Soldier On!” and bandleader Dave Mustaine says it was inspired by “coming to the realization that you need to walk away from a relationship that’s very toxic, and how hard it can be to start down that road.”

TELEVISION
— An epic battle of fantasy prequels is nigh. “The Lord of the Rings: The Rings of Power” debuts Friday, Sept. 2, on Amazon Prime Video, on the heels of HBO’s “House of the Dragon.” which is set two centuries before “Game of Thrones.” The Amazon series takes place much earlier in the world of J.R.R. Tolkien’s “The Hobbit” and “The Lord of the Rings” novels, with evil a threat to peaceful Middle-earth. Whatever the dueling body counts may be, “House of the Dragon” set a high bar for viewership: Nearly 10 million tuned in to make it the most-watched series premiere in HBO history. Amazon’s early brag is that a “The Rings of Power” promotional spot during Super Bowl LVI was the game’s most-watched trailer ever.

— The quartet of pals and business partners known as The Try Guys have gained a big YouTube following with their funny and offbeat willingness to venture into untested (for them) waters. They bring that approach to TV with “No-Recipe Road Trip with the Try Guys,” in which Ned Fulmer, Keith Habersberger, Zach Kornfeld, and Eugene Lee Yang visit restaurants in Nashville; Los Angeles; Charleston, South Carolina; Atlanta; and Santa Barbara, California, and make each eatery’s signature dish minus instructions. The series begins Wednesday on the Food Network and streams on discovery+.

Betty White memorabilia up for auction