Good Morning West Tennessee. We have a very warm and humid start to the morning. There have been a few showers and a decent storm this morning in southern Henderson Co. It appears we’ll be in a bit of a lull through late morning into this afternoon. Aloft we have a weak open trough over SE Missouri extending into NE Arkansas. the trough will be migrating east today, however ahead of surface warming and continued advection of deeper moisture will make the mid to lower troposphere quite unstable. As such, being located on the SE end of the trough there may be enough added weak shear and cold air aloft to support a few stronger updrafts this afternoon. A few of the storms especially after 2PM may pack a punch. the threat appears to be better right now along and north of I-40. 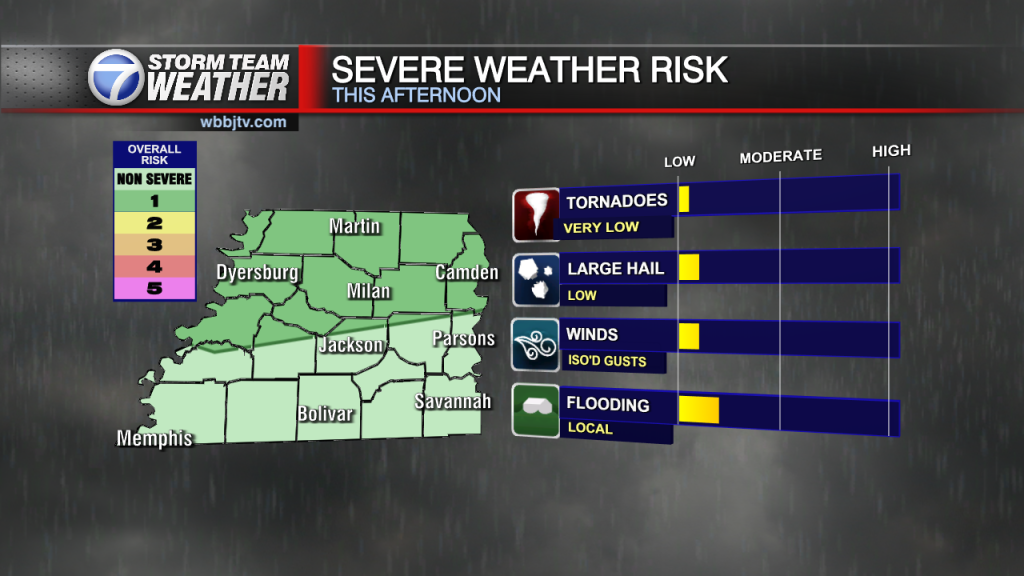