According to the City of Jackson and Jackson Sanitation Department the second Community Cleanup Day will be held this month. 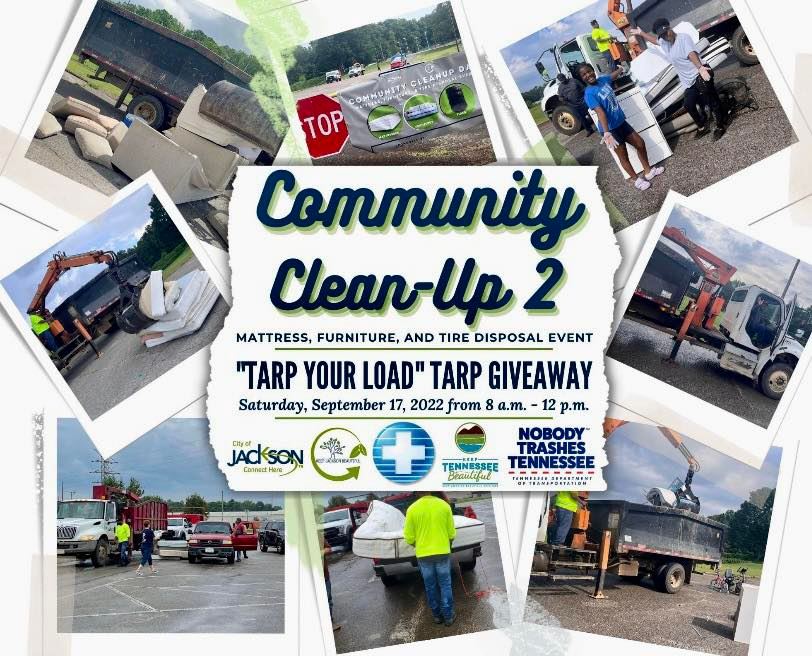 On September 17, 8:00 a.m. – noon, residents in Jackson can dispose of large items such as furniture, mattresses, box springs, couches, recliners and even tires. However there is a limit of 4 tires per vehicle.

This event is meant to reduce trash in the city and also reduce the amount of illegal dumping within the city.

Participants can bring items to one of the two collection sites. One will be located in North Jackson at West Tennessee Healthcare’s North Hospital parking lot at 367 Hospital Boulevard in Jackson. The second location will be in South Jackson at Malesus Park (Old Malesus Road Parking Lot by baseball fields) located at 412 Bolivar Highway in Jackson.

This is sponsored by West Tennessee Healthcare, Keep TN Beautiful, and TDOT’s Nobody Trashes Tennessee campaign.

To find out more about the Second Community Clean-up event, visit the Keep Jackson Beautiful Facebook page here, or visit the City of Jackson website here.