MEMPHIS, Tenn. (AP) — The Benjamin L. Hooks Institute for Social Change at the University of Memphis and Memphis International Airport will co-host an exhibit depicting the civil rights movement in Fayette County through the photographs of freelance photographer Art Shay.

The photographs will be displayed in the airport’s terminal for departing flights, across from the TSA office, from Oct. 20 through next October. 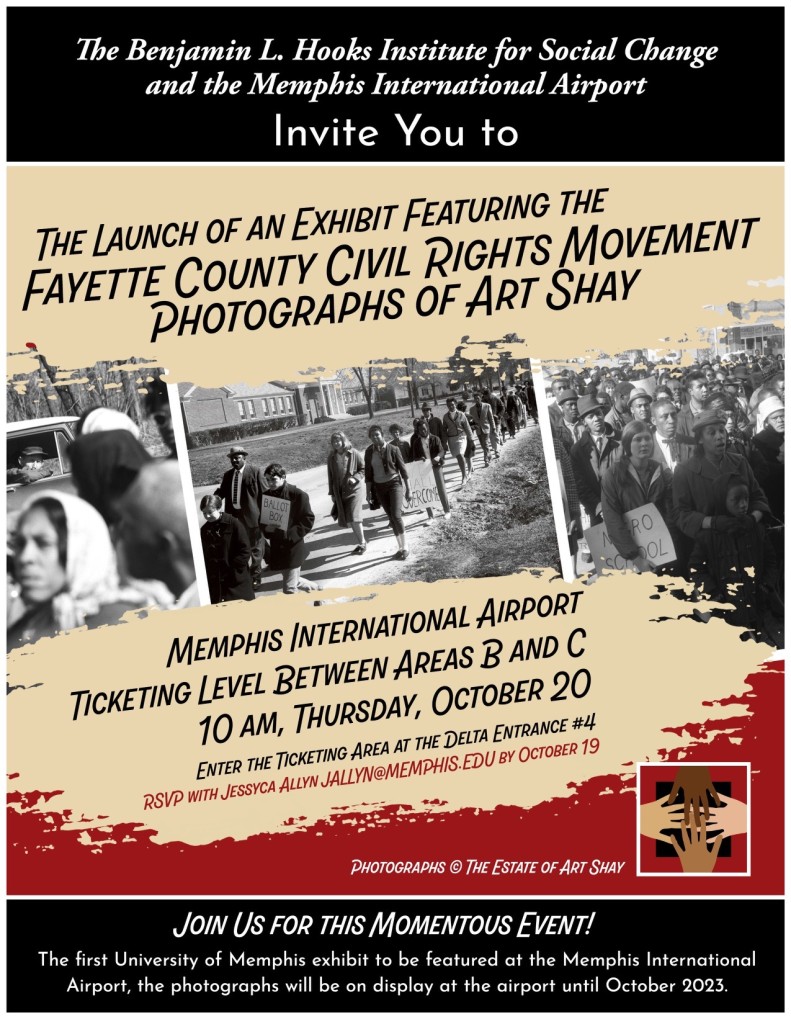 The public will be able to view the exhibit without purchasing a ticket or going through the TSA security checkpoints.

Shay worked as a photographer and writer after serving in World War II. His work has appeared in Life, Time and Sports Illustrated magazines.

For more than five decades, Shay photographed some of the 20th century’s most intriguing figures, from Elizabeth Taylor and Richard Burton to President John F. Kennedy.

The photographer was also fascinated with the happenings of everyday life, leading him to take an interest in photographing the efforts of the civil rights movement, including in Fayette County in the 1960s.

Daphene McFarren is executive director of the Hooks Institute and is the daughter of John and Viola McFerren, two civil rights activists who played a large part in registering Black voters during the Fayette County civil rights movement.

McFerren said the fight for voting rights did not end after the movement, and it’s important for the public to remember the intense struggles of activists and citizens alike.

“What’s possible, and we hope during this time with the thousands of people who go through this airport, that the exhibit will be an inspiration to them to understand the significance of voting and what a hard fight that was for African Americans and many people to date to vote,” McFerren said. “We are a democracy, where we are growing and experimenting with what it means to be a democracy.”

“Not just the local community of people that live here and come in here, but also the collective community of the world that comes into Memphis to do business, to visit as a tourist and to be able to share in some of that special part of Memphis as it exists today.”

After expressing an interest in extending the exhibit’s residency in the airport beyond 2023, Brockman thanked the Hook Institute for its collaboration with the Airport Authority.
“I want to thank the Hooks Institute for coming to us, partnering with us and giving us the opportunity to be a part of this project to bring this to the community,” Brockman said.