CAPE CANAVERAL, Fla. (AP) — A large section of the destroyed space shuttle Challenger has been found buried in sand at the bottom of the Atlantic, more than three decades after the tragedy that killed a schoolteacher and six others. 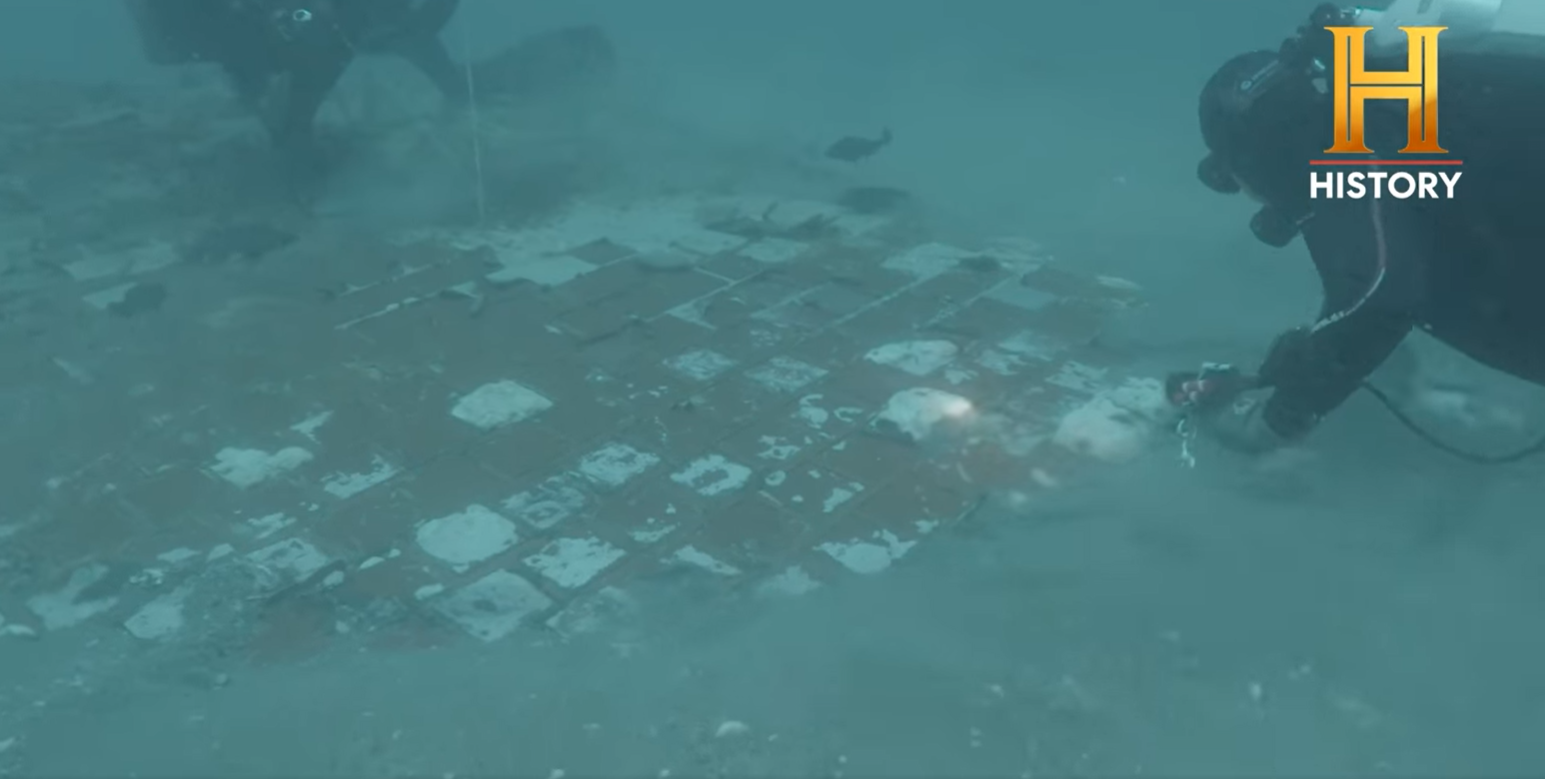 In this photo provided by the HISTORY® Channel, underwater explorer and marine biologist Mike Barnette and wreck diver Jimmy Gadomski explore a 20-foot segment of the 1986 Space Shuttle Challenger that the team discovered in the waters off the coast of Florida during the filming of The HISTORY® Channel’s new series, “The Bermuda Triangle: Into Cursed Waters,” premiering Tuesday, Nov. 22, 2022. (The HISTORY® Channel via AP)

“Of course, the emotions come back, right?” said Michael Ciannilli, a NASA manager who confirmed the remnant’s authenticity. When he saw the underwater video footage, “My heart skipped a beat, I must say, and it brought me right back to 1986 … and what we all went through as a nation.”

It’s one of the biggest pieces of Challenger found in the decades since the acciden t, according to Ciannilli, and the first remnant to be discovered since two fragments from the left wing washed ashore in 1996.

Divers for a TV documentary first spotted the piece in March while looking for wreckage of a World War II plane. NASA verified through video a few months ago that the piece was part of the shuttle that broke apart shortly after liftoff on Jan. 28, 1986. All seven on board were killed, including the first schoolteacher bound for space, Christa McAuliffe.

The piece is more than 15 feet by 15 feet (4.5 meters by 4.5 meters); it’s likely bigger because part of it is covered with sand. Because there are square thermal tiles on the piece, it’s believed to be from the shuttle’s belly, Ciannilli said.

The fragment remains on the ocean floor just off the Florida coast near Cape Canaveral as NASA determines the next step. It remains the property of the U.S. government. The families of all seven Challenger crew members have been notified.

“We want to make sure whatever we do, we do the right thing for the legacy of the crew,” Ciannilli said.

Roughly 118 tons (107 metric tons) of Challenger debris have been recovered since the accident. That represents about 47% of the entire vehicle, including parts of the two solid-fuel boosters and external fuel tank.

Most of the recovered wreckage remains buried in abandoned missile silos at Cape Canaveral Space Force Station. The exception is a left side shuttle panel on display at Kennedy Space Center’s visitor complex, alongside the charred cockpit window frame from shuttle Columbia, which broke apart over Texas during reentry in 2003, killing seven astronauts.

Far less has been recovered of Columbia — 42 tons (38 metric tons) representing 38% of the shuttle. The Columbia remains are stored in converted offices inside Kennedy’s massive hangar.

Launched on an exceptionally cold morning, Challenger was brought down by eroded O-ring seals in the right booster. Columbia ended up with a slashed left wing, the result of foam insulation breaking off the external fuel tank at liftoff. Mismanagement was also blamed..