4 alive in ‘miracle’ after car plunges off California cliff

MONTARA, Calif. (AP) — A 4-year-old girl, a 9-year-old boy and two adults survived Monday after their car plunged off a Northern California cliff along the Pacific Coast Highway near an area known as Devil’s Slide that’s known for fatal wrecks, officials said. 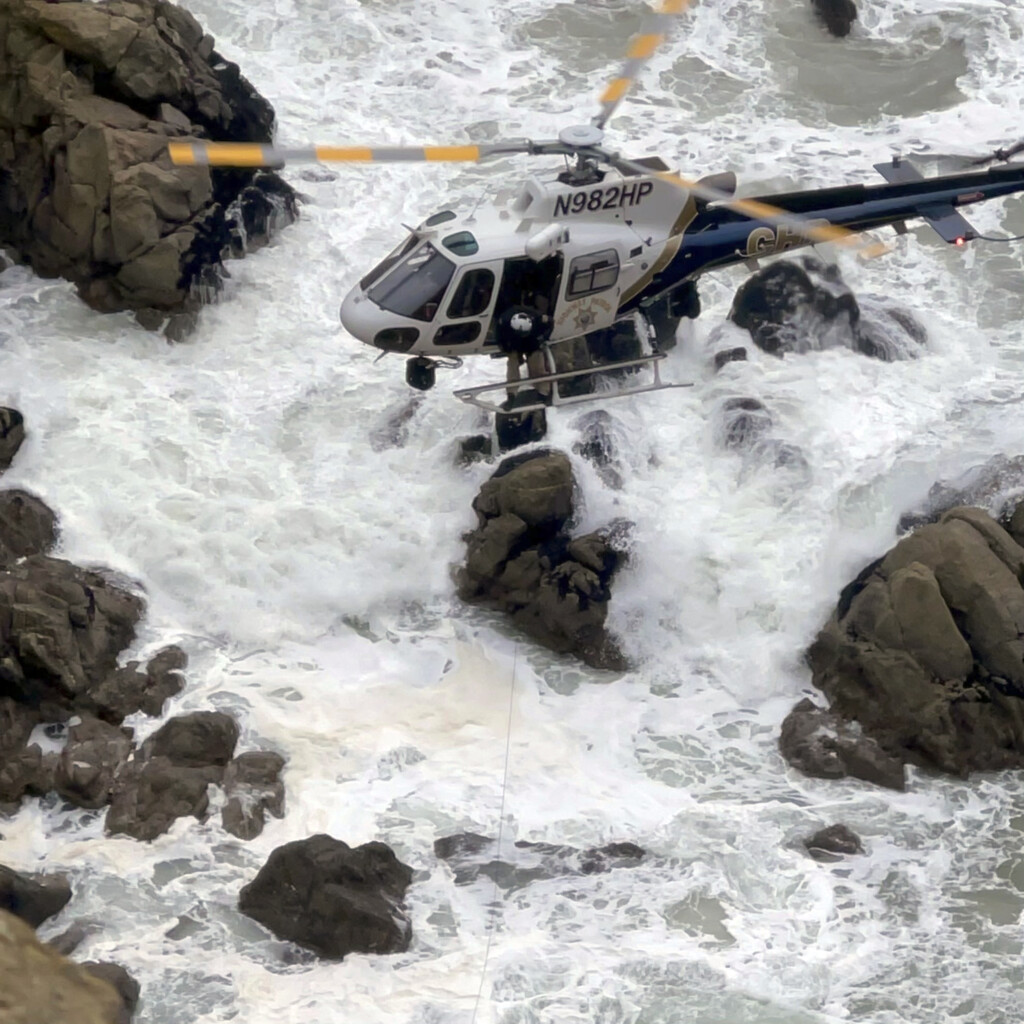 The Tesla sedan plummeted more than 250 feet (76.20 meters) from the highway and crashed into a rocky outcropping. It appears to have flipped a few times before landing on its wheels, wedged against the cliff just feet from the surf, according to Brian Pottenger, a battalion chief forCoastside Fire Protection District/Cal Fire.

Crashes along Devil’s Slide, a steep, rocky and winding coastal area about 15 miles (24.14 kilometers) south of San Francisco that’s between Pacifica and Montara, rarely end with survivors. On Monday, the victims were initially listed in critical condition but all four were conscious and alert when rescuers arrived.

“We go there all the time for cars over the cliff and they never live. This was an absolute miracle,” Pottenger said.

The California Highway Patrol does not believe, based on its initial investigation, that the Tesla was operating in Autopilot or Full Self-Driving mode at the time, Officer Mark Andrews said.

The road’s conditions were also not believed to be a factor in the crash. There was no guardrail at the spot where the sedan went off the cliff.

“The car traveled off the main portion of the roadway. For what reason, we don’t know,” Andrews said.

Witnesses called 911 around 10:15 a.m. and the crews set up rope system from the highway to lower firefighters down the cliff, the battalion chief said. At the same time, other firefighters watching the sedan through binoculars suddenly noticed movement — a sign that at least one person was still alive.

“Every one of us was shocked when we saw movement out of the front windshield,” Pottenger said.

The incident turned from what had been likely a recovery of bodies to a rescue operation that took several hours amid constant rain, heavy winds, slick roads and crashing waves. The doors were smashed against the cliff and jammed shut, so firefighters were forced to cut the victims out of the car using the so-called “jaws of life” tools.

Crews pulled the kids out of the back window and brought them up the cliff by hand in a rescue basket using the rope system. They were rushed to the hospital by ambulance with musculoskeletal injuries.

“They were more scared than they were hurt,” Pottenger said.

The adults had traumatic injuries, however, and had to be hoisted up the cliff by a helicopter. They were then both flown to the hospital, the battalion chief said. It was not immediately clear whether the four occupants were members of the same family.

Officials are investigating what caused the Tesla to go off the highway in that spot.

“I don’t even like driving it,” Pottenger said. “It’s definitely a treacherous stretch of California.”