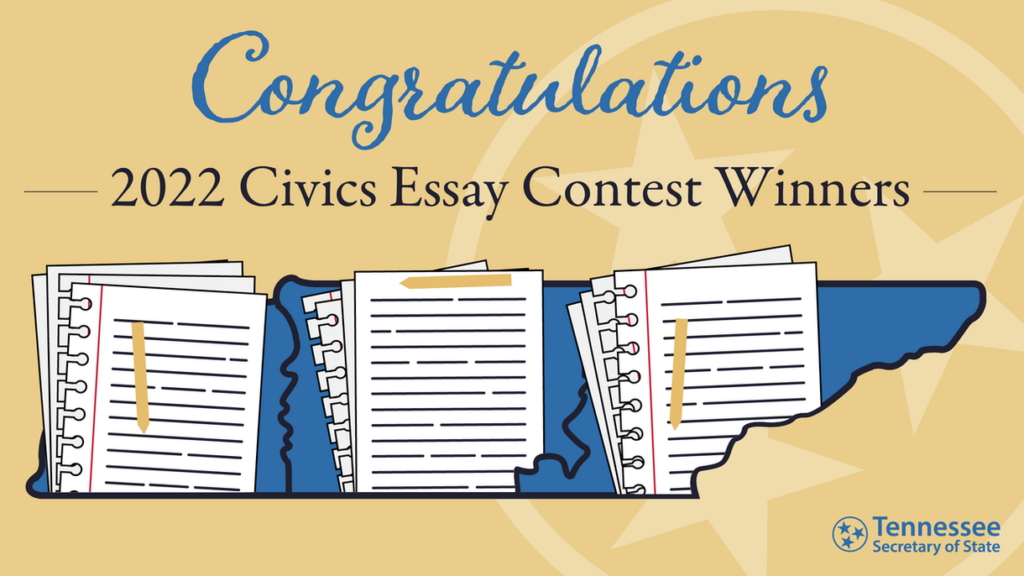 Douthit was one of 3,841 across the state who joined in on the contest, the release says.

“I am proud of the students who won and every one of the 3,841 students from across the Volunteer State who participated in this year’s essay contest,” said Secretary of State Tre Hargett. “Through their participation, these students learned why their vote matters and are more prepared to participate successfully in our electoral process as adults.”

After Douthit came Kelvin Stephens, of Davidson County in second, and Logan Jessee, of Union County, in third.

For the third through fifth grade level, Lisa Tateuchi, of Williamson County, came in first, Charlotte Hunt, of Loudon County, in second, and Elina Williamson, of Giles County, in third.

For the ninth through 12th grade level, Bridget Cherry, of Clay County, came in first, with Naomi Todd, of Wilson County, in second, and Danny Ray, of Robertson County, in third.

The release says that first place winners will get a NStars 529 College Savings Program scholarship, a trip to the State Capitol in Nashville, and a $500 scholarship.

Second and third place winners will receive $250 and $100, respectively.

You can read more about the contest here.