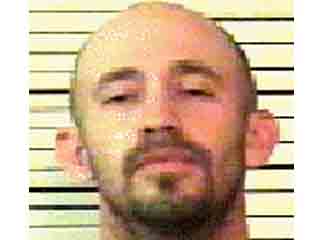 “It would take a lot from them to set up and go in the courtroom and look at Mr. Taylor and say I forgive you,” said Jean Painter who lives in Henry County. But that is exactly what the family of Guy and Barbra Walker did in the courtroom after Edward Michael Taylor pleaded guilty to murdering their loved ones. “It’s my understanding that you propose to plead guilty to count one and count two murder and accept a sentence in each instance, life without the possibility of parole,” said Judge Donald Parish. Agreeing to plead guilty to two counts of Murder earned Taylor two life sentences. His guilty plea to aggravated kidnapping added an extra 25 years to his sentence. “Your agreeing to accept for which no possibility of parole exists in other words, sir you will take your last breath in prison,” said Judge Parish. As prosecutors read aloud a detailed account of how Taylor fatally shot the couple that deadly December morning, family members listened tearfully in the courtroom, saying it was their parents strength that comforts them daily. “We also appreciate the confession of the defendant and willingness not to drag this out,” said the Walkers daughter. The Walker family also asked that Taylor seek forgiveness not from them, but a higher power. “My parents would want that from him we know they have forgiven him as they are now in the presence with the lord.” “I think its a lesson, if they can forgive him, then who are we,” asked Painter. ã€€