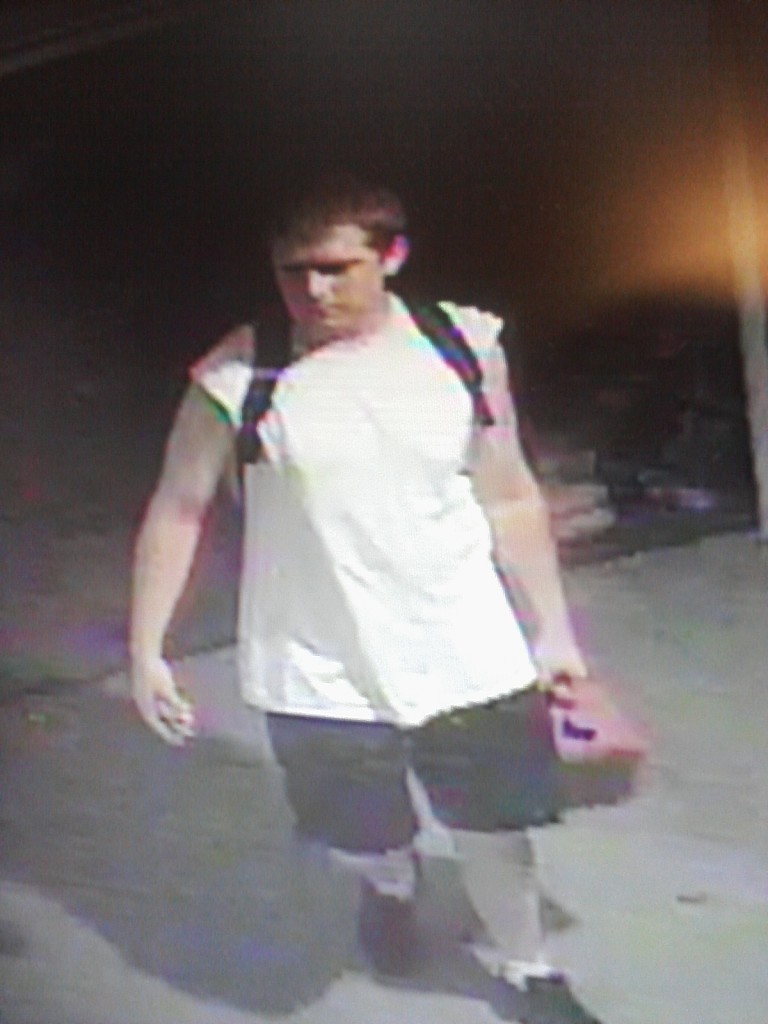 JACKSON, Tenn.– A man is wanted for trespassing on property Wednesday night in West Jackson. The suspect is described as a white young male wearing a white shirt and black athletic shorts. He had a backpack on and was holding a red gas can. He was caught on surveillance walking down the suspect’s driveway holding a red gas can. He walked back to her truck and flipped up the cover as if he was looking for a gas tank. He suddenly ran to the street and walked off. Authorities believe that the male could be connected to other burglaries in the area. The suspect says she does not know the male.