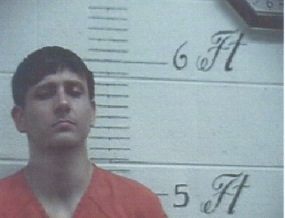 CROCKETT COUNTY, Tenn.- Friends and family members in Maury City are stunned after a long-awaited second arrest in the murder of Frances Lilley who was killed inside of her Crockett County home in August of 2011. Crockett County deputies charged Daniel Parker, 28, with first-degree murder in the shooting death of Frances Lilley, 89, after a more than than two year investigation. “To have something that horrible to happen to her, I just feel bad for her family and what they are going through,” said resident Karen Johnson. In August of 2011, Lilley was found with a gunshot wound to her neck near the kitchen of her home. Investigators believe she was shot through the back door. “I’ll never forget it because I’m just reminded if I get up and use the flashlight to go to the bathroom or something of what happened to her,” said victim’s friend Allie Mae Jetton. “She was right there at the phone I don’t know if she tried to call or holler at them. I just can’t imagine what happened…so many things could have happened.” Deputies charged Dustin Cathey with first-degree murder in December of 2011. Officials said Cathey was also charged in burglaries in the neighborhood during the time of the murder. “It baffles me wondering how anybody could hurt anybody in a place like this,” Johnson said. Although Cathey is suspected in the neighborhood burglaries, investigators have never said if the men were breaking in when Lilley was shot. Cathey is currently awaiting trial that is set for November. Investigators have not said what led up to Parker’s arrest. “You know it will still always be a mystery. Why they did that and how it happened,” Jetton said. “Those two people never bothered anybody and lived a good life why would anybody do this?” Parker is being held in the Crockett County Jail without bond.

Union opens up postseason with win over West Florida