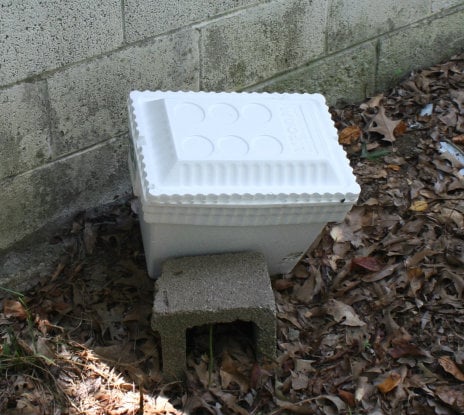 MEDINA, Tenn. – Police are searching for burglars in Medina who they said vandalized a church using human waste sometime over the weekend. Vandals targeted Hudson Chapel CME Church where police said they broke windows, burned carpets, left cigarette butts on the floor, and even left a container of feces in the church’s refrigerator. Johnny Woolfork, the church’s caretaker, said the church only has about 10 members. He also said they were finally picking up the pieces from prior break-ins. “This is probably the fifth time this has been done,” Woolfork said. “Just seem like this time was worse and this time they got a little bolder.” Woolfork said the vandals gained access to the church by knocking the glass out of a window and kicking the door open. The caretaker for the church said once the suspects put the feces inside the Styrofoam cooler, they then put it in the fridge. Medina Police Chief Chad Lowery said the church is vulnerable for break-ins because of its secluded location. “It’s a dead end, not much traffic back here,” Lowery said. “Probably somewhere for a kid to get away and do some unwanted things where they wouldn’t get caught.” Woolfork said he was upset church members had to clean up the mess. “It does hurt,” Woolfork said. “We are small in number and you know and for someone to try to come destroy it, you know, it does hurt.” Anyone with any information on the church burglary is asked to contact the Medina Police Department at (731) 783-1437.