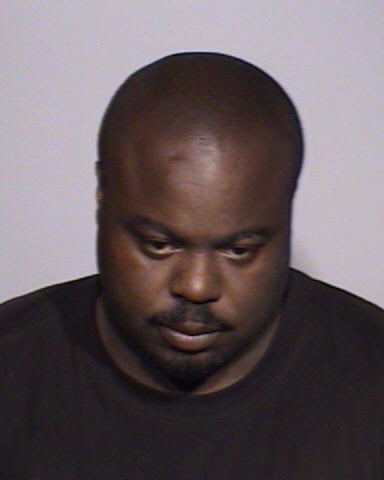 JACKSON, Tenn. — A man who was involved in a shooting and caused an ensuing police chase in December 2012 was convicted of attempted first degree murder on Thursday. Jameca Tipler, 31, was found guilty of attempted first-degree murder of Roderick Gladney, aggravated assault of Gladney, reckless endangerment with a deadly weapon for shooting into an occupied house, evading arrest by motor vehicle and vandalism for damaging a Madison County Sheriff’s Department patrol car. When WBBJ spoke with Sheriff’s Deputy Michael Moncher just days after the incident, he says he was in pursuit when things took a turn for the worst. “I didn’t know if they were still armed or if they were gonna start firing at me like they did at the residence on Whitehall St.”, Deputy Moncher said. Tipler faces sentencing ranges of 15 to 25 years for attempted first-degree, three to six years for aggravated assault, one to two years each for reckless endangerment and evading arrest and up to 11 months and 29 days for vandalism. Around 11 p.m. Dec. 1, 2012, Deputy Moncher was traveling south on Whitehall Street. He was behind a Mercury Mountaineer when he saw gunfire come from the SUV and strike the home at 811 Whitehall Street. Moncher activated his lights and siren, and pursued the SUV as it turned from Whitehall onto Labelle Street. The SUV pulled into Lincoln Courts and approximately three people got out and ran. Moncher continued pursuit of the SUV as it made the circle through Lincoln Courts and came back out onto Labelle Street. The SUV then turned right onto Roosevelt Parkway, then right onto Lockwood Street. The SUV continued down Lockwood and pulled in the sloped driveway of a vacant house at 119 Lockwood. Two more men then ran from the SUV, which rolled backwards down the driveway and struck Moncher’s patrol car, as he was standing beside it. The SUV’s impact on the patrol car caused its open door to strike Moncher. The two men ran into the wooded area behind 119 Lockwood Street. Jackson police responded to the Lockwood and Whitehall scenes. Moncher was treated and released from the hospital for minor injuries. Officers found Roderick Gladney, 27, on the front porch at 811 Whitehall. Gladney lived there. He was transported to Jackson-Madison County General with a gunshot wound to the chest and was later airlifted to the Regional Medical Center at Memphis in critical condition. A police dog searched the wooded area behind 119 Lockwood Street and found Jameca Tipler hiding. He resisted and suffered a dog bite to the leg. Tipler was taken to Jackson-Madison County General Hospital. He was treated for the bite, and then taken to the Madison County Jail. The investigation determined that Gladney was standing on his porch during the drive by shooting, and Tipler was driving the SUV. Two women were inside Gladney’s apartment but were not injured. Tipler will be held at the Madison County Jail pending sentencing at 10 a.m. Nov. 18 in Circuit Court.