Exchange Club honors policeman as Officer of the Year 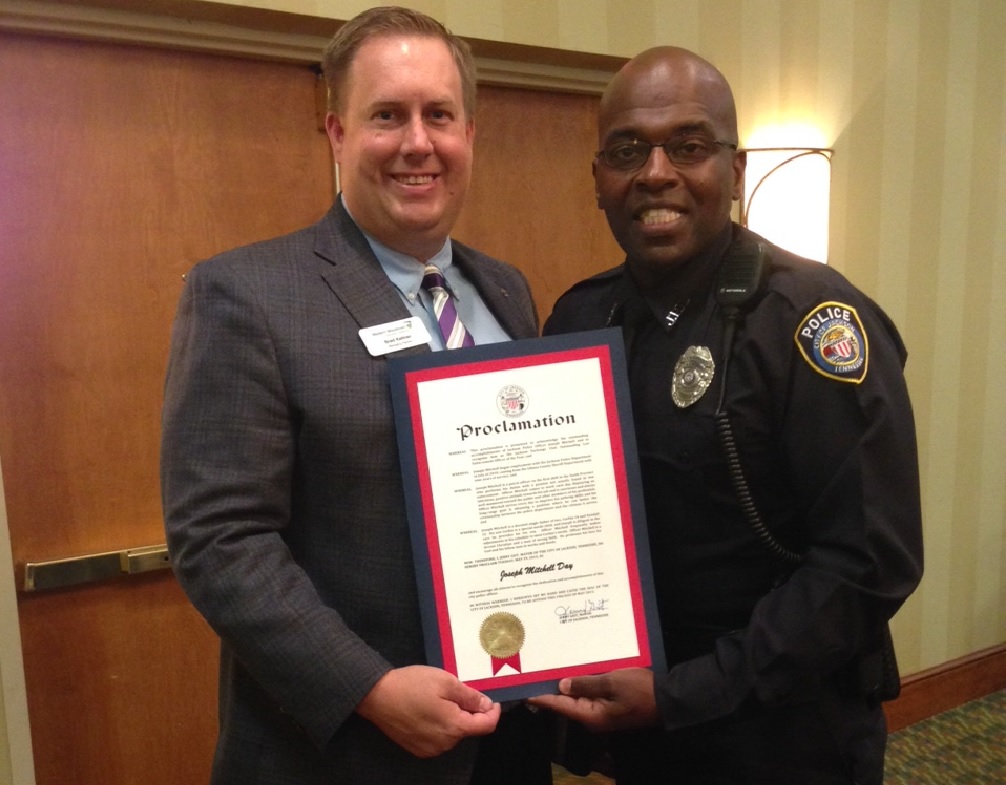 JACKSON, Tenn. — The Jackson Exchange Club honored a local policeman Tuesday with the distinction of Officer of the Year. Officer Joseph Mitchell of the Jackson Police Department was named Law Enforcement Officer of the Year during the ceremony at the DoubleTree Hotel. Mitchell has been with the department since July 2010. He is a member of the Uniform Patrol Division and currently is assigned to the first shift in the south precinct. Mitchell says his long-term goal is to obtain a position in which he can better the relationship between the police department and the citizens it serves. A single father of two, Mitchell has two sons, Corbin, 14, and Kendall, 22. His son Corbin is a special needs child. Mitchell previously worked nine years with the Gibson County Sheriff’s Department before joining the Jackson Police Department.