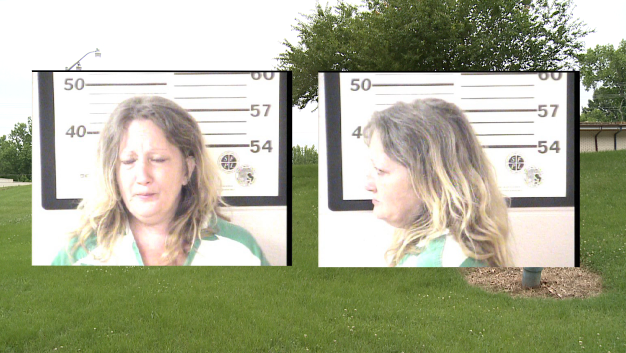 PARIS, Tenn. — It was an interesting scene in Paris over the weekend after police say a woman was arrested for fighting with a probation officer — and to top it all off, she was naked. According to Paris police, when they arrived on the scene Friday afternoon they found Teresa Conley naked and wrestling with the officer on someone’s front lawn. It all happened along Forrest Heights Road, across the street from the state probation office. Officers said Conley was visibly intoxicated on the scene. According to the police report, while trying to detain her, she was combative, belligerent, had poor balance and blood-shot eyes. It was an uncommon scene that many residents said leaves them shocked. “It’s strange for Paris,” resident Nancy Lampkins said. “I didn’t think I’ve ever seen that. I’ve seen a lot of other stuff but not that.” Others said it was disgraceful. “You shouldn’t go running around anywhere, even in your own front yard, stark nude,” Mark Wallace said. “It’s very tasteless to say the least.” Officers said they were eventually able to get clothes on Conley and transport her to the Henry County Sheriff’s Office, which ironically is right next door to where the incident took place. Conley was charged with public intoxication and currently is free on bond. There’s no word on whether any other charges may be filed.