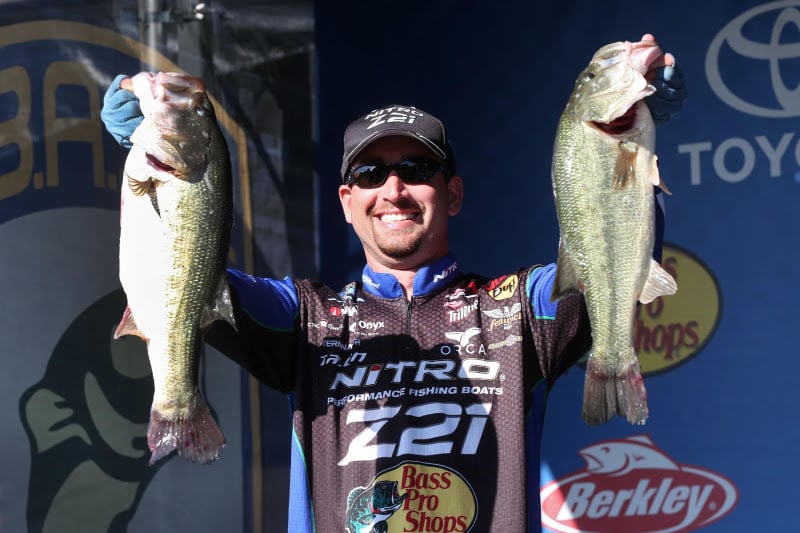 PARIS, Tenn. – The first day of competition of the second annual Bassmaster BASSfest is in the books. Leading the pack after the first day is Ott DeFoe. The Knoxville native brought back five bass to the scales that weighed 26 pounds, 7 ounces. “I had expectations, but I didn‘t really think 26 pounds was where it was going to end up,” said DeFoe in the Bassmaster news release. “I don‘t want to say I was cocky, but I felt like I was going to have a pretty good day if I got on the place I wanted to fish – and if the fish stayed, which apparently they did.” Not too far behind him is South Carolina angler Andy Montgomery, who was second with 25 pounds and 4 ounces. Thursday‘s takeoff will be at 6:15 a.m. from Paris Landing State Park. Weigh-in is set for 3:15 p.m. The five-day elite competition at Kentucky Lake culminates on Sunday.