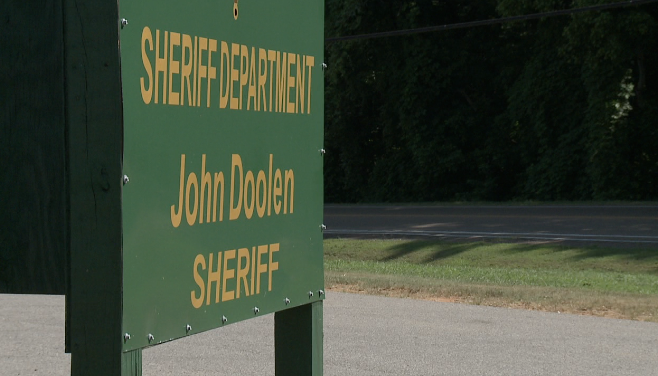 BOLIVAR, Tenn. — Hardeman County Sheriff John Doolen is mad about his budget. He maintains the county cut funds without telling him. Now, he’s suing to get the money back. The lawsuit, filed by Jackson attorney Mark Donahoe on Doolen’s behalf, names Hardeman County Mayor Jimmy Sain and Hardeman County as respondents. Donahoe said the budget cut came to Doolen’s attention after two sheriff’s department employees received their paychecks and found they were less than usual. “The county commission sought to reduce the salaries of two different administrative positions,” Donahoe said. “We feel like that’s against the law in Tennessee because he didn’t consent to that.” According to Donahoe, the cut in pay was more than $5,000 each. The budget cut was approved by the county commission in early July. Donahoe argues the commissioners were out of line. “Tennessee law provides that the commission can’t just arbitrarily reduce a sheriff’s budget or reduce administrative salaries without his approval,” Donahoe said. Some Hardeman County residents voiced support for the sheriff. “I would be upset,” Kayla Arnold said. “I think he would need to know what’s going on.” The county now will have a chance to reply to the lawsuit. Donahoe said Doolen is open to resolving the suit if the county will reinstate the salaries to their original levels. WBBJ 7 Eyewitness News made various attempts to contact Mayor Sain and County Attorney Chip Carey for comment. However, our calls were not returned.