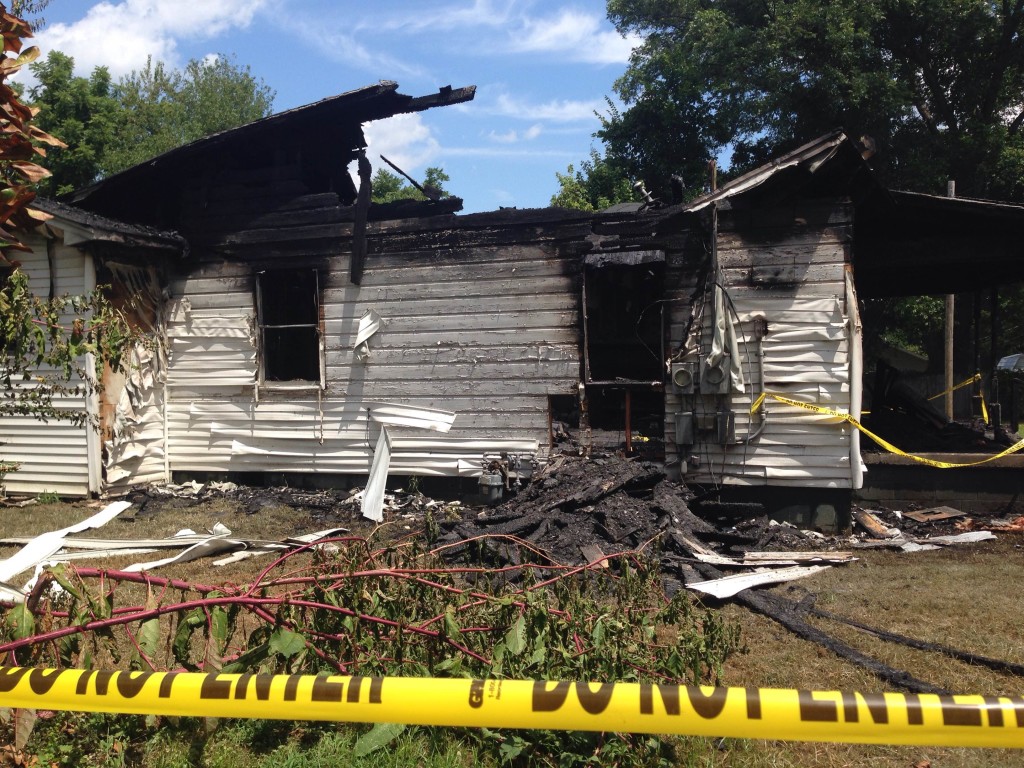 HAYWOOD COUNTY, Tenn. — A house fire early Sunday sent two people to the hospital fighting for their lives, according to Brownsville officials. Fire officials didn’t release much information about the cause of the fire, only that it remains under investigation. The home is located off of East Cherry Street in Brownsville. The house burned around 3:30 Sunday morning. A witness who did not want to be identified said his granddaughter woke him up in the middle of the night. “I went to the bathroom off my bedroom, and I could see the flames and feel the heat at that time,” he said. “I tried to find out who was out there, so I raised the window and I could hear those people on the grass out there, and I knew they were hurting.” Darrion Terry is visiting family and heard the sirens in the middle of the night. His aunt lives in the trailer behind the house that caught fire. “When I went out there the house was all in flames, but I thought it was my Aunt Patsy, so I thought my Aunt Patsy was in the fire and I was going to go over there and save her,” Terry said. Officials said the two victims were critically injured and airlifted to Regional One Medical Center in Memphis. Neighbors said the victims were severely burned. At last report, fire officials said the victims are still in critical condition. State investigators are still determining the cause of the fire.