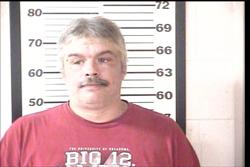 HENRY COUNTY, Tenn.– A man is arrested on embezzlement charges, but when he is booked, records find him wanted by Uncle Sam. Subway owners first reported their manager, Richard Lucas, accusing him of embezzling more than $11,000 from two stores. When he was booked, authorities found he had been going by an alias and his real name is Richard Scherer. Officials said he deserted the military in 1989, more than 25 years ago. This charge is something local military veterans said should be taken seriously. “I feel like he should have served like the rest of us, and if he chose not to, desertion is a full-fledged thing,” John Bowen, an Air Force veteran said. Investigators said they met the suspect at Paris City Hall and he cooperated with them. He even admitted to the embezzlement charges. Fingerprints at the jail revealed his alias. Scherer was held for the military for pickup in Henry County.