EAST JACKSON, Tenn. – Every minute Lane College’s Terrance Bridgeman spends on the hardwood is a blessing.

The Dragons leading scorer knows all too well what it feels like to be away from basketball.

“I was out there every day,” Bridgeman said about playing at LA Fitness in Georgia. “Any calls I get, I’m outside. It don’t matter. I’m trying to play.”

Pick up basketball was the only thing Bridgeman played from 2010 to 2013.

His first go-around in 2009 at a DII school in North Carolina didn’t go well, so Bridgeman returned home to Atlanta. 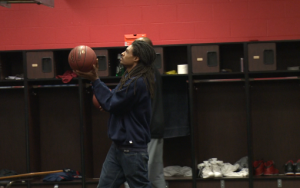 “After taking off those years, not being able to step on the court and get the feel of a referee calling a bad foul and the energy of the game,” Bridgeman explained. “I had to keep confidence and faith in the process.”

With three years of eligibility left, his silver lining came in 2013.

“My very first impression is a young man that was kind of lost,” Lane men’s basketball coach Bryaneth Basemore said about Bridgeman.

Basemore learned about Bridgeman by word of mouth.

His once shy standout is now very vocal.

“Now we have a problem; he talks too much,” Basemore laughed.

“Once you get comfortable, your true colors come out,” Bridgeman smiled. “I’m a talkative person. Just gotta crack the code.”

Bridgeman admits he’s fallen in love with basketball all over again.

The junior says his faith put him in Jackson. 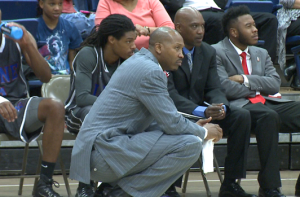 “I’m blessed to say I’m on top of my process,” Bridgeman said confidently. “I went through some things. I overcame everything. I feel better and stronger and than ever”

“When the air went out the ball, it’s over,” Basemore said about his professional playing days. “Gotta make sure he [Bridgeman] walks away fulfilling his dream of college basketball player and hopefully pro.

“But that he earns his college degree.”