HARDEMAN COUNTY, Tenn. — Sheriff John Doolen has confirmed there was an explosion Tuesday afternoon at the Chemring Kilgore Flares manufacturing plant in Toone. 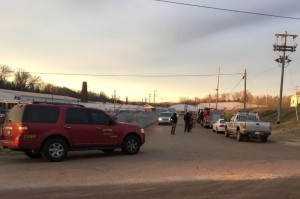 Doolen said there were no injuries but that the small explosion did cause some “minimal” damage. He said agents with the Bureau of Alcohol, Tobacco, Firearms and Explosives are en route to investigate the explosion.

Some residents who live several miles away reported hearing and feeling the explosion.

Officials have closed the road to the plant.

The plant manufactures flares and munitions for the U.S. military.

WBBJ 7 Eyewitness News will have more information as it becomes available.