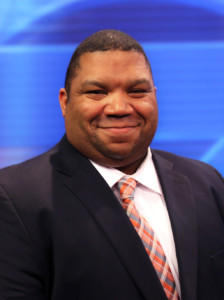 Moe was born and raised in Evansville, Indiana. He knew at an early age that weather would be his calling. In fact, at a young age he once aspired to be a tree! (True story!) That was of course before he realized that the trees were actually moving because of the wind.

In grade school, Moe had his first experience with weather by becoming a Storm Team Spotter with local station WFIE-TV. By the time he was in high school, Moe was responsible for weather through the Evansville North High School weekly news.

After graduating in 2002, Moe took some time away from school before returning to Indiana University in Bloomington, Ind., in 2005. There he obtained his B.A. in geography with a concentration in atmospheric science, graduating in 2009. He took many classes in meteorology including courses in air pollution as well as synoptic and dynamic meteorology.

Though it took a long time, through perseverance and passion for forecasting, Moe finally found his way to Jackson and WBBJ-TV to join Storm Team Weather.

If you have any questions for Moe, email him at mshamell@wbbjtv.com.