SHILOH, Tenn — A piece, or several pieces, of Civil War history were on display Sunday at Shiloh  National Military park. 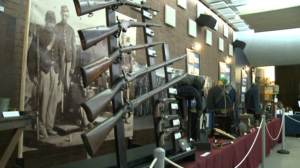 Tables were filled with rare and one of a kind items such as uniforms and weapons from the Union Army. The exhibit also included pictures and replicas of the boats used to successfully control the Mississippi River during the war.

“I think this gives us an opportunity to show a whole other part of the Civil War that no one really knows about,” Collection Co-Owner, Kraig Lawson said. “All of the reporting of the Civil War was done in the east, very little was done in the west. Lincoln was very interested in the west, they had to have the rivers that’s why the campaign was put together and prosecuted.” 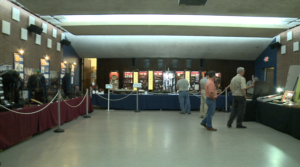 Shiloh Military Park representatives say if you are interested in learning more about battles fought in the area long ago the park is open 7 days a week.