JACKSON, Tenn. — Though it was a rainy day in the Hub City, gates are opening and rides are getting ready at Jackson Fairgrounds Park as the West Tennessee State Fair officially opens. 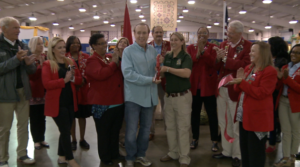 The West Tennessee tradition is set up at the Jackson Fairgrounds Park with events scheduled for six straight days. From rides to games on the midway to exhibits and pageants, organizers said the fair has something for everyone.

Manager Mike Peery hopes to get a crowd of about 25,000 people to come through the fair until its final day this Sunday.

“Don’t know the weather forecast. It doesn’t look too promising, but the rest of it ought to be amazing,” said Peery, optimistic about the fair’s opening day.

One of the biggest attractions is the popular 4-H Chicken Shack, which has been a staple of the state fair since the early 1960s. 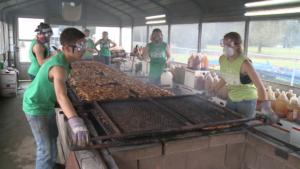 The food vendor is the organization’s annual fundraiser and members said it’s a great experience for the youth.

“It’s just become a tradition and everybody’s home pretty much,” 4-H Youth Development Extension Agent Kane Reeves said. “You can talk to anybody and they say ‘I wanna go to the West Tennessee State Fair for the 4-H Chicken Shack.'”

The fair will be open through Sunday. Admission at the gate is $5, and organizers say they cut their ride fees from $20 to $15 this year.