UPDATE: Dylan Adams has entered a best-interest plea in the disappearance and death of Holly Bobo. 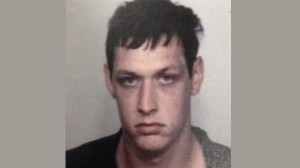 Adams is pleading to facilitation of first-degree murder for 15 years and especially aggravated kidnapping at 35 years to run concurrently. Adams will serve 35 years total.

This type of plea does not admit guilt but has the same effect as a guilty plea. The guilty plea means that Adams cannot appeal the sentence.

Judge Creed McGinley said he knows no one is happy but that he is glad the Bobo family will not have to go through Adams’ trial.

We will be live with more on Adams’ plea on WBBJ 7 Eyewitness News.

HARDIN COUNTY, Tenn. — One of the men charged in the disappearance and death of Holly Bobo returned to court Monday for the last day of plea negotiations.

The hearing for John Dylan Adams started Monday morning in a Savannah courtroom on what Judge Creed McGinley previously said will be the deadline for Adams to take a plea deal in the case.

Adams is charged in the kidnapping, rape and murder of the 20-year-old nursing student, the same charges his brother, Zach Adams, was convicted of in September.

Attorneys requested a recess until 1 p.m., which the judge approved.

Prosecutors previously said they do not intend to seek the death penalty or life without parole.

Adams’ trial date has been set for May 29. Jury selection is expected to take place in Chattanooga.

Prosecutors said they will not address co-defendant Jason Autry’s case until after a jury trial or plea agreement for Adams.