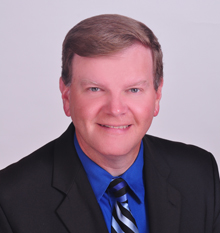 In 1996, the news department expanded and I became a reporter/anchor for Live at 5 and Eyewitness News at 10. Recently, I served as News Director in addition to being Anchor/Reporter. Currently, I am serving as Anchor for 7 Eyewitness News at 5:30, 6 and 10.

Brad has helped co-host many telethons for the West Tennessee Cerebral Palsy Center, The Circles of Hope telethon and the Children’s Miracle Network telethons. News Philosophy: -It’s our job as journalists to inform, educate, and in some cases, entertain our viewers, but is ultimately up to the viewer to decide how they feel about issues affecting them.