TRENTON, Tenn. — People who live in the area say they should be celebrating with friends this Memorial Day Weekend, but instead they are mourning over the loss of one man whose killer, investigators said, is still on the loose. 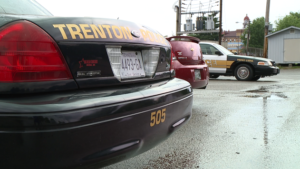 “It was just tragic. They just need to stop doing what they’re doing. Our kids are dying younger nowadays,” said a woman who lives in the area who did not want to be on camera.

Friends speak out about the death of Marlon Anderson, 21, a Trenton man who was shot and killed Sunday night.

“The police department received a call that reported shots being fired in the area of Lexington Street and Second Street, at the intersection there,” said Lt. James Wilson of the Trenton Police Department.

At the intersection, Trenton police say they found bullet casings on the ground and stray bullet holes in nearby houses. Shortly after, they say they got a call from Milan police.

“That a person had arrived at the Milan ER,” Lt. Wilson said, “and he was suffering from a gun shot wound.”

Investigators said shortly after midnight, Anderson was pronounced dead. People in the area say this type of violence has been happening more often in their neighborhood and involving younger people.

“Do more things with the kids. Have more stuff that these kids can do,” said the woman who lives nearby. “Instead of getting in trouble all the time, the kids are fighting all the time.”

Police say it is still early in the investigation and they do not have a motive or suspect information at this time, which is why they are asking for your help.

“There were several individuals out in the area at the intersection there, so we believe that there are people who saw what happened and know what happened,” Lt. Wilson said. 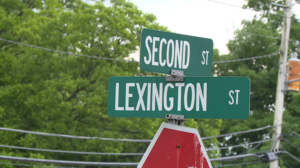 Friends said they are feeling the loss.

“He will be really missed. Everybody’s going to miss him,” the woman said. “There’s a void, cause your used to seeing him come through everyday.”

Lt. Wilson says Anderson died from one gun shot to the abdomen. They believe he was sitting in a car at the time.