McKENZIE, Tenn. — McKenzie Regional Hospital has announced they will end most patient services by Sept. 15, according to a news release. 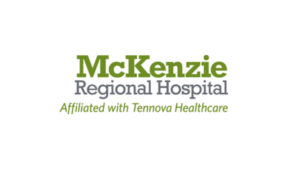 As part of the closures, the hospital says they will also discontinue services in the emergency department.

The hospital has notified the Tennessee Department of Health. The release says they will begin reducing the number of new admissions in the coming weeks, though current patients will not be affected.

The release says the closure is part of a national trend of rural hospitals closing as a result of reduced federal funding, lower reimbursements from government and commercial insurers, and rising numbers of uninsured patients. The hospital says it has struggled with declining patient volumes in recent years, and has an average daily census of eight patients.

If you are or have been a patient at McKenzie Regional Hospital or have questions about obtaining your medical records, email MRH_MedicalRecords@QuorumHealth.com or call 615-221-3786.