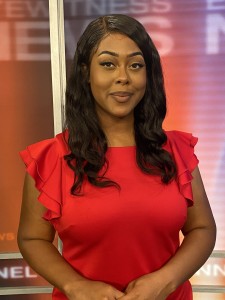 Teri Jelks joined the WBBJ 7 Eyewitness News team in August 2018 as a multimedia journalist. She was born and raised in Jackson, Tennessee.

Teri graduated from Union University in May 2018 with a degree in communications.

While at Union, Teri was a producer, reporter and anchor for the student-run live newscast “Jackson 24/7.”

In her free time, she enjoys traveling, candid photography and being an aunt.

Teri is excited to be a part of the WBBJ 7 Eyewitness News team and starting her career in her hometown.