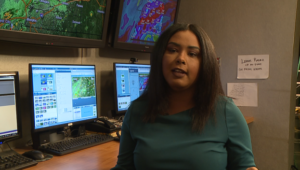 As a rule, we don’t reply to these messages.

This past weekend, our meteorologist Corallys Ortiz received a voicemail that was more than just critical.

“Never have I experienced something to that level of racism in my life,” Ortiz said.

Meteorologist and reporter Corallys Ortiz is used to the pressures of being in the public eye.

But Sunday night, a viewer called in with a comment that she says simply crossed the line.

“Normally when people say comments I ignore it, but when it’s racism, I don’t condone that at all,” Ortiz said.

The woman left a voicemail criticizing her after Ortiz wore her natural curls on air.

The viewer went on to use a racial slur to describe Ortiz’s hairstyle.

“They essentially were saying to change it back to how I had it when I first got here, and they didn’t like it,” she said. 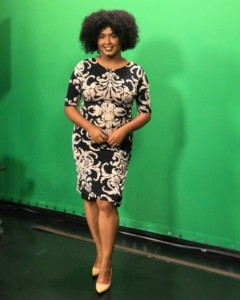 “We put all this effort into our work to be criticized for something that we don’t have our control over,” she said.

WBBJ viewers showed their support, some even sending flowers to Ortiz at the station.

“It just shows how supportive they really are here,” she said.

Ortiz was inspired to do this after a Dallas traffic reporter received a body shaming comment.

The reporter saw Ortiz’s tweet and turned the negative comment she received into letting people be who they are.

“She actually was supportive of my decision wearing my hair curly, and she couldn’t believe someone actually said that,” Ortiz said.

Ortiz says those who work in the news business come from all different backgrounds.

“My family is from the Dominican Republic, and I do have some in Puerto Rico as well,” she said. “So my family is essentially very diverse.”

A meteorologist who is passionate about much more than just weather, she hopes to spread a message of acceptance.

“I think that’s important, just being yourself,” Ortiz said.