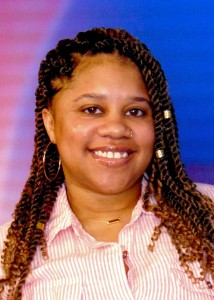 Seirra is from the small town of Trenton, Tennessee, and graduated from the Power of Potential Lane College in spring 2017 where she received her bachelor’s degree in mass communication.

During her time at Lane, Seirra had a hand in many productions held at the college, landing her the title of student producer and director.

When she’s not bringing the sunshine to the newsroom, Seirra enjoys photography and spending time with her family, friends and her spoiled-rotten pet, a turtle named Kash.