A Jackson woman celebrates her 97th birthday and her new book

JACKSON, Tenn– A Jackson women celebrates 97 years of life and the publishing of her new book. 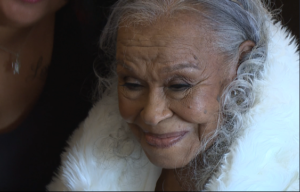 Its about a century of stories from her life.

Her family and friends gathered at a local restaurant to celebrate her birthday and her life story.

“I just thought I would let people know what I have lived through,” said Agnes Jones Owens.

Owen’s book can be found on amazon.