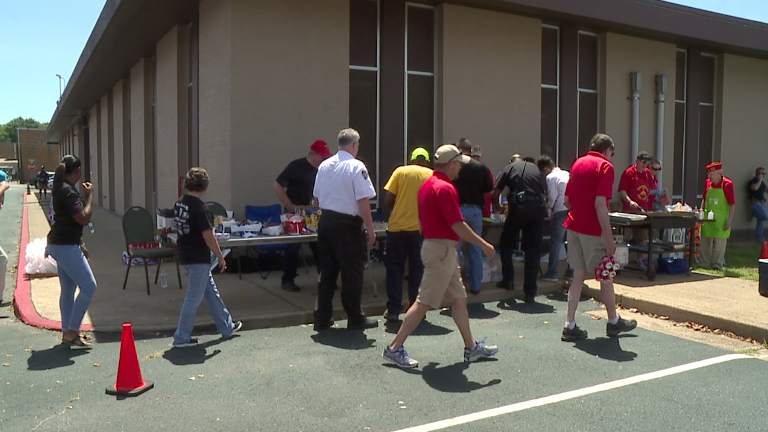 Organizers say they cooked for more than 100 officers from the police department. They also expanded this year to invite the Madison County Sheriff’s Office and Tennessee Bureau of Investigation.

“This detachment, again, loves to support its law enforcement and first responders,” said Andy Vistrand, senior vice commandant of the Capt. Jack Holland Marine Corps League Detachment. “So again, we are very proud and very honored to be able to do this today.”

The Marine Corps League says they have this event every year to show support for the officers.