Medina child clipped by car while at bus stop

MEDINA, Tenn. — A child was clipped by a car while waiting at a bus stop Tuesday in Medina. 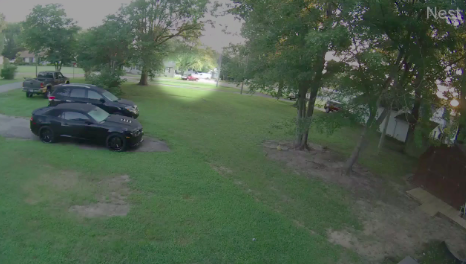 Brandi Maness says her daughter Braelynn is your average nine-year-old girl. She loves dolls, making slime, and hopes to one day be a Youtube star.

But on Tuesday morning, all of that was mere inches from being taken away.

“The back door of a SUV like side-swiped her, and kind of pushed her back a little bit,” Maness said.

Tuesday morning Braelynn was waiting at the bus stop when the incident happened, but it was the person behind the wheel that was even more surprising.

“She did tell us that when he got out of the car that he had on a police uniform so she knew he was a police officer,” Maness added.

Medina Police Chief Jason Oliver says this incident does involve an off-duty officer, however, he does not work for the Medina Police Department.

Maness says besides being a little sore, her daughter is incredibly lucky she does not have any injuries.

“You can hear it hitting the electrical thing, and I know that at the same time, it’s hitting her arm,” Maness said. “Every time I watch that video like I just want to cry. It’s awful.”

Maness says her daughter will no longer be getting on the bus at that bus stop.