MILAN, Tenn.– “To Kill a Mockingbird,” “Where the Wild Things Are,” and “A Light in the Attic.” What do these books have in common? 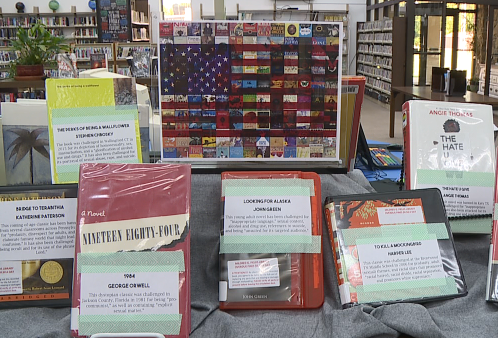 They’ve all been banned in various places since they were first published.

“Some of the books just have pages and pages of reasons why it was banned, like “To Kill A Mockingbird.” It’s banned almost everywhere at some point in time for a thousand different reasons,” said Jessica White, cataloging librarian at the Mildred G. Fields Memorial Library in Milan.

Another book was banned recently, right here in Tennessee.

Some of the books are ones many of us grew up reading.

“‘Charlotte’s Web’ is one that has been banned. As a kid, that was one of my absolute favorite books. I loved it,” Blakely said.

“‘Where the Wild Things Are’ has been banned several times because when Max is sent to bed with no dinner, that could be considered child abuse,” White said.

The librarians say since they put the signs up, the books have been flying off the shelves, so if you want to read a banned book, you better hurry to get your hands on one.