MADISON COUNTY, Tenn. — A local business owner on a new hemp venture says a group of thieves are not leaving any leaves behind.

“Who reaps a harvest and doesn’t sow? They did,” said Derrick Love, the owner of a licensed hemp farm in Madison County. 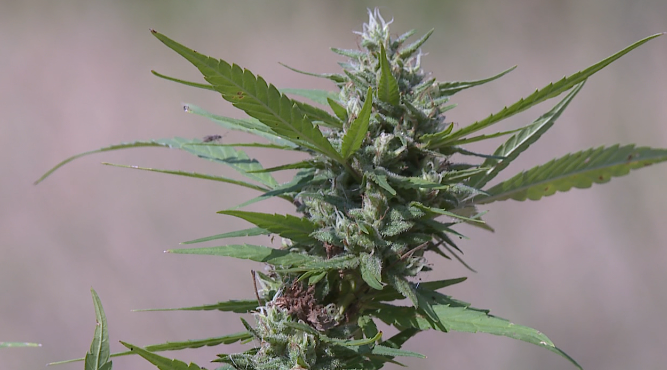 He says Wednesday morning a group of people came onto his farm and stole $92,000 worth of his harvest.

According to Love the suspects came onto the property, took numerous plants, and left in less than 4 minutes, which makes him believe this isn’t their first time on the property.

“We have several acres licensed, so it could have been anywhere, but they drove straight to it, and when the individuals exited the vehicle, they walked straight to the actual first plant on the first row without a flashlight,” Love said.

Love says $92,000 worth of hemp was taken from his property. He says that is not going to stop him from continuing his business.

“The medicine and the opportunity for people to grow themselves out of poverty, this definitely is the way to do it,” Love said.

Tennessee’s Agricultural Crime Unit says they are aware of five cases of hemp crop theft in the state, and Love is offering some advice so that this doesn’t happen to anyone else.

“You’re going to have to beef up your security before you even put your plants in because this is what happened in our situation,” Love said.

Love says a report has been filed with the Madison County Sheriff’s Office.

Love also says an award will be offered to anyone with information that leads to the capture and arrest of the suspects.