Meteor Shower Events to Watch For In October

During the month of October we can expect a few meteor shower events that will give stargazers several chances to catch a glimpse of some “shooting stars.”

This week the Draconid meteor showers will enter its peak, with the event itself running from Sunday through Thursday. During peak hours on Tuesday, October 8, as many as 40 to 50 meteors an hour will be possible, but that won’t be the case across the globe, and the moon’s light could hinder the views for many. 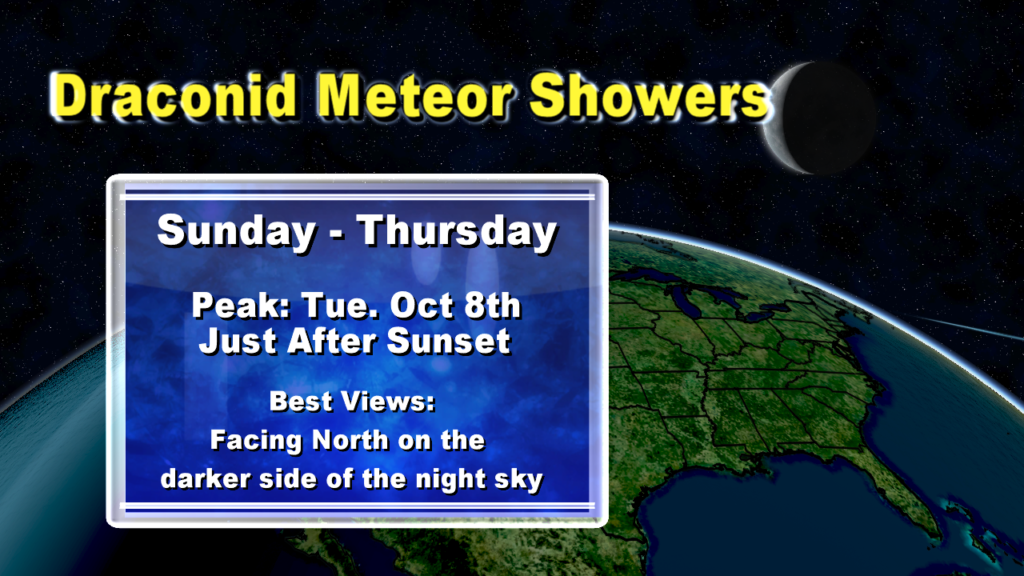 Although you’ll be able to view the meteor showers from all directions, the best way to view them is by facing north or opposite from the moon’s direction toward the darker night skies. Peak viewing hours will be best just after dusk.

The Draconid meteor showers are leftover grains of dust that stem from comet 21P Giacobini-Zinner discovered at the start of the 20th century, with the name due to its position to the constellation Draco.

It’s normally a minor meteor event, but in the past it has put on a light show. Back in 2018, Europe saw an outburst of up to 600 meteors per hour.

Later in the month, the Orionid meteor showers will also make an entrance. From October 22 to October 23, the fast moving meteors will enter its peak, which could also be hindered by the bright moonlight. The viewing time for this will be best a few hours before dawn, with rates of about 30 to 40 per hour. 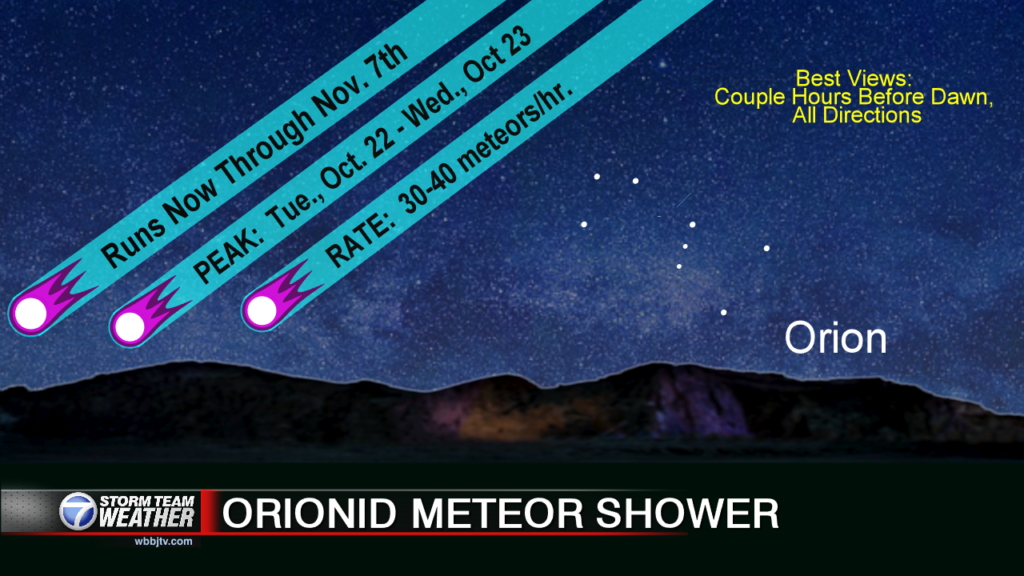 The origin behind this particular meteor shower is known to be connected to Comet 1P/Halley, which many know as Halley’s Comet.  Its name is in relation to where the meteors tend to radiate from, in this case by the Orion Constellation.

The Orionid meteor showers are running through November 7.