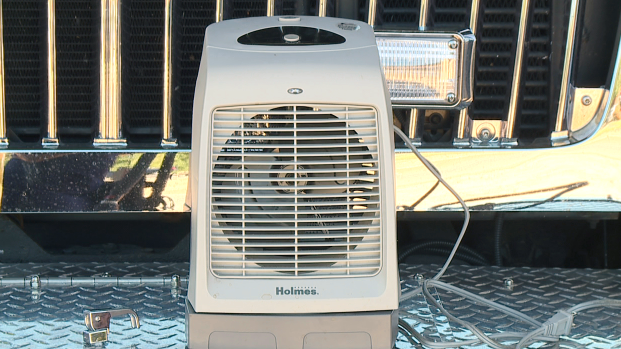 “On Sunday night into Monday, the electric heater actually came on and there were some chairs and other combustibles pushed up against it that actually caused the fire,” said Cody Usery with the Henderson County Fire Department.

Now, fire officials are offering tips so that other residents don’t lose their homes in a preventable fire.

“It’s very important that with these electric heaters, you have a minimum of three-foot radius around all the electrical heaters,” Usery said.

When you’re pulling those space heaters out of storage, officials say to make sure they are properly cleaned before turning them on.

“It’s good to maybe take an air blower or something and blow all of the dust off, clean them, inspect them,” Usery said.

Officials say the cord from the electric heater can also spark a fire.

“Don’t plug it into any electrical cords or surge protectors or anything like that,” Usery said. “You want them plugged directly into the wall.”

Residents should also make sure their heater cords do not have any cuts or scrapes. Officials say damaged cords can short out and cause a fire.